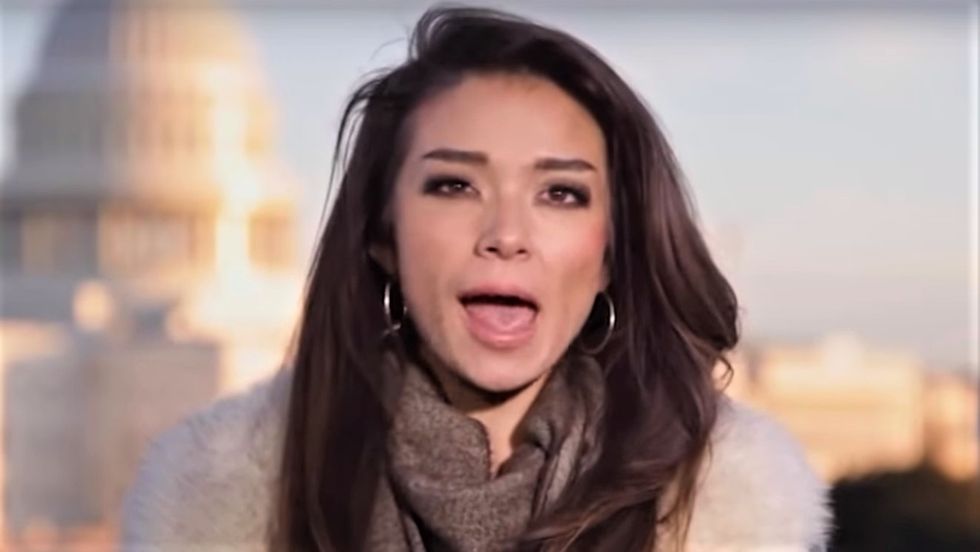 On Wednesday, the White House Correspondents Association announced that it would be banning One America News Network reporter Chanel Rion from the press briefing room, after she repeatedly refused to follow social distancing guidelines imposed as a safety precaution against coronavirus.

The WHCA has set up a rotation of reporters who are allowed to be in a briefing on any given day, to limit the number of people in the room and reduce the likelihood of transmission. But Rion has frequently come in on days when she is not in the rotation, standing at the back of the room and insisting she is a "guest" of White House Press Secretary Stephanie Grisham when asked to leave.

In her work for the far-right, pro-Trump outlet OANN, Rion has promoted a number of conspiracy theories, including that former Democratic staffer Seth Rich was murdered by party leadership and that Democratic officials have engaged in satanic cannibalism. She also partnered with Trump's personal lawyer Rudy Giuliani on a multi-part special trying to gather dirt from corrupt Ukrainian officials in the attempt to discredit impeachment.