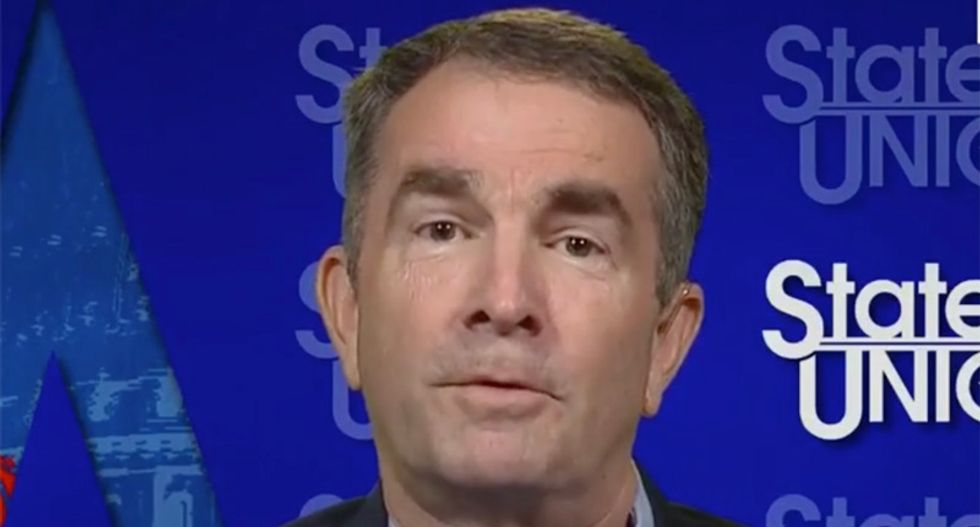 Appearing on CNN's "State of the Union" with host Jake Tapper, Virginia Governor Ralph Northam (D) rolled his eyes and fired back at President Donald Trump and Vice President Mike Pence for saying the states have all the coronavirus testing kits they need and can open up again.

Addressing comments made by the two during Saturday's contentious press conference, Tapper asked the Democrat if he was satisfied with the pandemic help he has received from the federal government.

"The president and the vice president say the U.S. has the testing capacity for states to open up, if you feel you're ready to go into phase 1. Is that the case in Virginia, do you have enough tests to do the tests you need to do?" host Tapper asked.

"Jake, that's just delusional to be making statements like that," Northam replied while smirking. "We've been fighting every day for PPE. We have supplies now coming in, we've been fighting for testing and it's not a straightforward test."

"We don't even have enough swabs, believe it or not," he continued. "And we're ramping that up. But for the national level to say we have what we need, and really to have no guidelines at the state levels is just irresponsible, because we're not there yet."