Trump delaying stimulus checks to put his name on them is going to blow up in his face with voters: ex-Senator 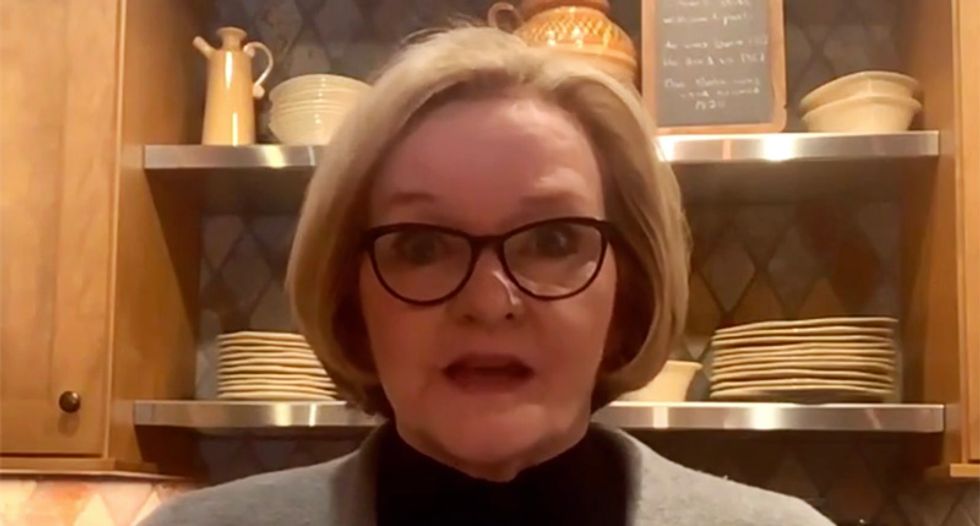 Appearing on MSNBC's "Morning Joe" on Wednesday morning, former Senator Claire McCaskill (D-MO) pummeled Donald Trump for forcing the Treasury to hold up sending out the desperately-needed $1200 stimulus checks to taxpayers so his name could be printed on the memo line.

According to the former lawmaker, Trump's self-promoting maneuver is going to infuriate exactly the voters he needs if he has any hope of being re-elected.

"You guys talked about swing voters earlier," McCaskill told host Joe Scarborough. "Swing voters are where presidential elections are won or lost -- let's make no mistake about that. It's not the people that are screaming on either end of the spectrum, it's the folks in the middle that maybe voted for Donald Trump in 2016 but will turn around and vote for Joe Biden this year."

"Those voters are so --- especially suburban college-educated Republicans --- are so offended by this guy, by his lies and this deal he's doing about putting his name on the check? How insulting to the American people that he thinks the American people are so stupid that when they see his name on the check they're going love him?" she continued. "That that's going to make everything all better."