Trump itching to get out of the White House and start campaigning: 'We win where we have rallies' 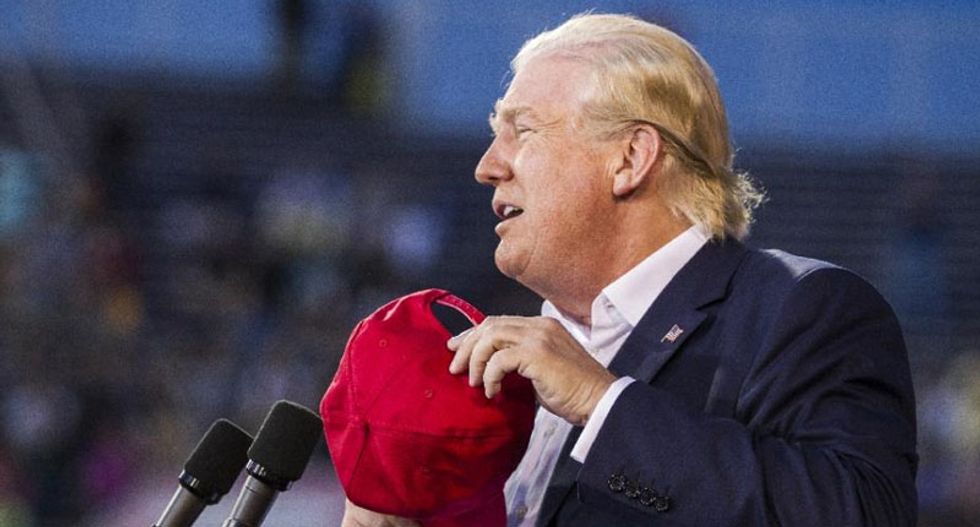 President Donald Trump is itching to get back on the road and hold campaign rallies despite the raging coronavirus pandemic.

Trump hasn't left the Washington area in six weeks, since an early March visit to the Centers for Disease Control and Prevention in Atlanta capped with a Mar-A-Lago fundraiser, and he's been pushing states to slacken their social distancing guidelines, reported Politico.

The president had been privately urging aides to start putting official events -- including photos ops and site visits -- back on his schedule to get him out of Washington for a few hours, according to three sources familiar with those plans.

“If there was a situation where the president was trying to violate his own guidelines, we would certainly have a conversation about that,” an aide to Wisconsin Gov. Tony Evers told Politico.

A Trump campaign official told the website they don't have any rallies or in-person fundraisers planned and will remain a digital operation for the time being, but that individual conceded the White House was in charge of the president's schedule and could add events at any time.

Trump intends to deliver the June 13 commencement address at the U.S. Military Academy at West Point, which is 50 miles north of the pandemic's epicenter in New York City.

Vice President Mike Pence delivered the commencement address Saturday at the Air Force Academy in Colorado Springs, where cadets sat eight feet apart during the event, and he's also made recent visits to a Walmart distribution center in Virginia and a factory in Wisconsin.

Governors in Wisconsin and Pennsylvania -- which will likely factor heavily in November's election -- haven't given any indication they'll allow large events like a Trump campaign rally anytime soon, so the president has turned his daily coronavirus briefings into a political roadshow.

“I hope we can do rallies, it’s great for the county," Trump said at one of those briefings last week. "It’s great spirit. For me, it’s a tremendous way of getting the word out. We win where we have rallies."