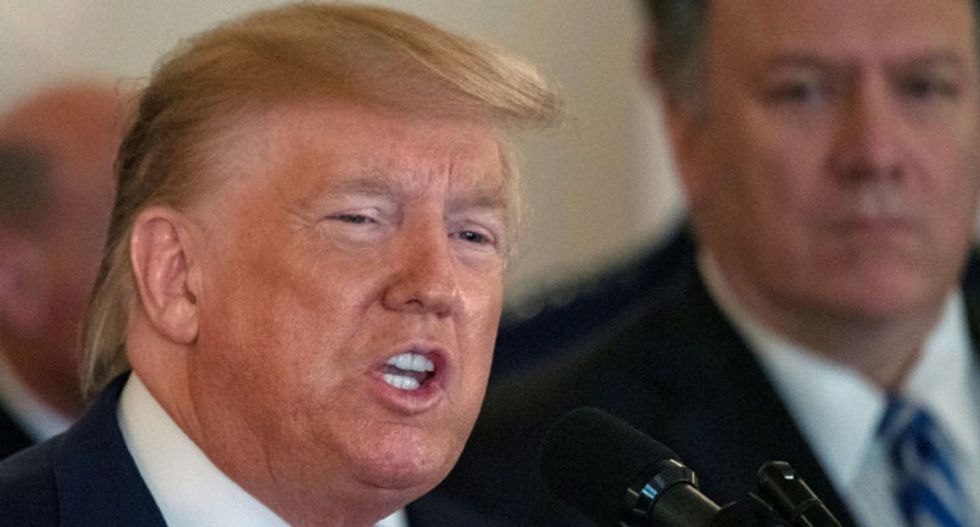 President Donald Trump on Tuesday lied about the dire intelligence assessments that he had received earlier this year about the COVID-19 pandemic, and suggested that most experts actually believed the virus would disappear.

Reuters White House correspondent Jeff Mason reports that Trump was asked about a Washington Post report this week that detailed the stark warnings about the threat of the virus that appeared in the President's Daily Brief, but which were seemingly ignored for weeks as the president sought to downplay the threat of the pandemic.

Trump responded, according to Mason, by arguing that "most people thought earlier this year that the coronavirus was going to blow over" and then said he would have to "check when the early warnings came."

In fact, according to the Post, daily intelligence briefs from this past January "traced the virus’s spread around the globe, made clear that China was suppressing information about the contagion’s transmissibility and lethal toll, and raised the prospect of dire political and economic consequences."

However, sources tell the paper that Trump didn't take these warnings seriously because he rarely has the attention span to read through the briefs.