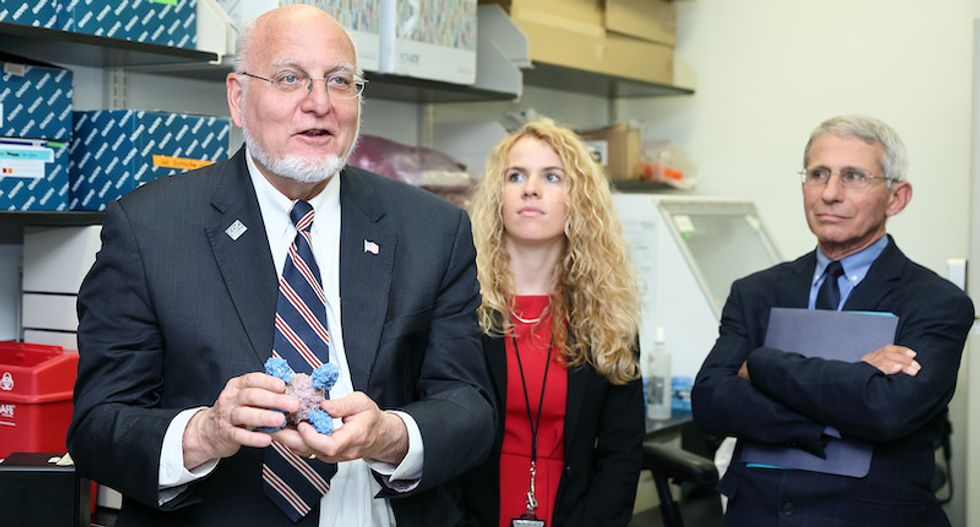 President Donald Trump this week ordered a freeze on funding to the World Health Organization over its supposed deference to the Chinese government.

However, Trump-appointed Centers for Disease Control and Prevention Director Robert Redfield told "CBS This Morning" on Wednesday that he still wants to work with the WHO despite the president cutting off its funding.

Other Trump officials have not hesitated in attacking WHO for purportedly not being prepared to handle the COVID-19 pandemic.

Trump White House counselor Kellyanne Conway, for instance, went off on a scientifically illiterate rant in which she falsely claimed that the WHO should have been more prepared for COVID-19 because she thought it was the 19th strain of the virus.