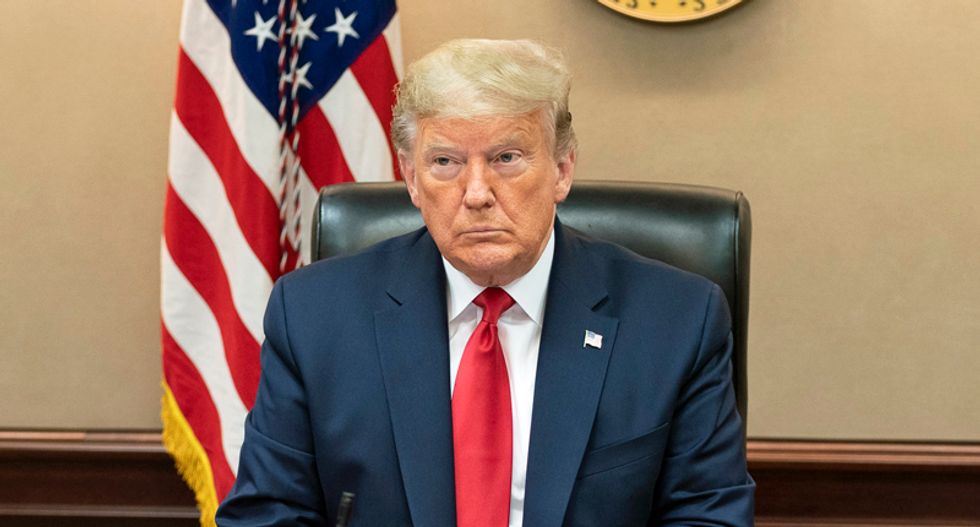 As President Donald Trump watches television and tweets, lawmakers are scrambling to track down medicals supplies needed to combat the coronavirus outbreak.

Democrats and Republicans alike have been trying to locate masks, gloves and ventilators for health care workers and other frontline workers in their districts while the White House largely stays on the sidelines, reported Politico.

“I start on the phones around 9 in the morning," said Rep. Greg Meeks (D-NY), "sometimes we get a break 8 or 9 at night. I’m on telephones trying to connect, talking to hospitals, talking to community health centers, talking to the governor’s office, the mayor’s office, the hospital association or HHS or trying to get through to the National Guard or FEMA.”

Lawmakers report frustration that Trump still hasn't ordered companies to make those items under the Defense Production Act that he has already invoked.

“It does feel a little bit like, where have you been?” said Rep. Chrissy Houlahan (D-PA). “We really do need some grownups in the room making this happen.”

Dozens of lawmakers across the country have been trying to coordinate with local, state and federal officials to protect essential workers like police officers and health care professionals.

Mitchell and Michigan's other 13 lawmakers are on a text chain trying to boost their state's supply of gloves and masks, and they've persuaded a number of companies to start producing those items.

“I am doing sometimes the highly strategic and the highly detailed small tasks on a daily basis, and toggling between the two,” said Rep. Elissa Slotkin (D-MI). “It’s just kind of a constant back-and-forth.”

Although more companies have started making the supplies doctors and nurses need, the state-by-state response has opened up a highly uneven market.

“It is a good thing there is an effort to ramp up supply,” said Rep. Derek Kilmer (D-WA). “But in the absence of more active federal coordination about where that supply goes, this critical lifesaving equipment becomes the equivalent of toilet paper in the toilet paper aisle in the supermarket, where it is a free-for-all.”