Wealthy right-wingers are shoveling their own supporters into the pandemic to preserve racist inequality: political scientist 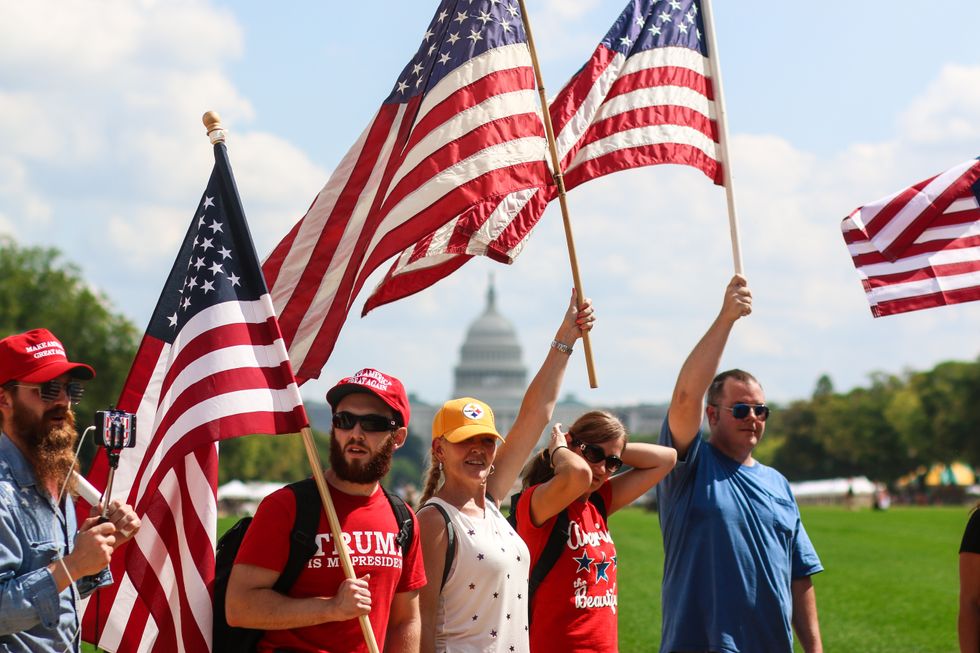 Washington, DC - September 16, 2017: Protesters gather on the National Mall for a protest in support of President Donald Trump, deemed the "Mother of all Rallies" (MOAR).

President Donald Trump's right-wing allies are sacrificing their followers to preserve inequality, according to a new analysis by a political scientist.

Relatively small but widespread protests, promoted by right-wing corporate interests, have sprung up across the country, revealing a poisonous ideology that's stoked by political and business elites, wrote political scientist Joe Lowndes for The New Republic.

"Their hope is that people already conditioned by an ideology centered on the marketplace, the individual, and the nation will be more likely to believe that their lives and livelihoods are under greater threat from state-ordered economic shutdowns and coercive social measures than they are from the disease," wrote Lowndes, who teaches at the University of Oregon.

Trump's allies are hoping Americans believe they can work and shop their way out of the COVID-19 crisis, no matter what the cost in human lives, rather than reorder the political system to create a more just and egalitarian society, Lowndes argued.

"Demands to re-open states provide great cover for the Trump administration, the Republican Party in Congress, red-state governors, and the Federal Reserve, who are working to keep current wealth stratifications in place and protect the rich from economic harm — and doing so without much pushback from Democrats," Lowndes wrote. "As conditions become more dire, the right will do all it can to enlist the loyalty of middle- and working-class victims of the crisis. Here, the logics of race and nation will become increasingly important."

The right uses the historical philosophies of self-reliance and individualism as cover for racist opposition to social welfare programs, and those same dynamics are being amplified by the coronavirus crisis.

"In a basic way, this vision of freedom is conveyed by the defiance of guidelines to stop the spread of the virus," Lowndes wrote. "It isn’t just the protesters. The dozen or so Republicans in the House of Representatives refusing to wear masks when called to vote on the latest coronavirus relief bill performed precisely that kind of political theater for their constituents. It is meant as a tough-guy taunt, to show their own robustness and the weakness of their opponents."

Lowndes notes that demonstrators repeat Fox News talking points at those protests and focus their venom on city dwellers, which reflects the growing divide between rural and urban areas, and helps cover for Senate Majority Leader Mitch McConnell's threat to bankrupt "blue states."

"Defenders of the current political order will continue to do whatever is necessary protect wealth and privilege," Lowndes wrote. "They understand that to address the enormity of the economic crisis would upend the neoliberal consensus of this second Gilded Age, which has greatly enriched a few while systematically dismantling public goods, disempowering workers, and diminishing democratic rule. Their hope is that enough Americans go along with this resistance, even if it kills them."