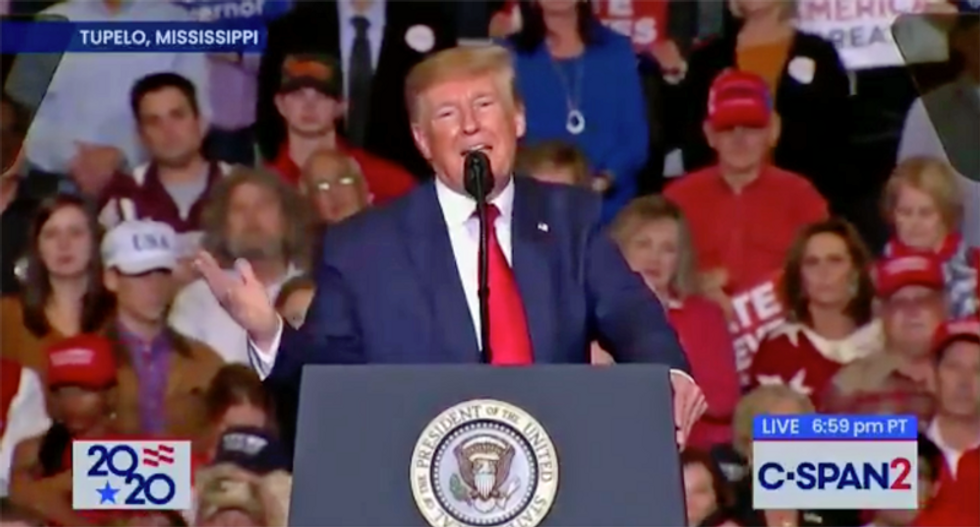 The coronavirus outbreak has been slower to hit the South than other, more densely populated and globally connected parts of the country -- but it could set off a wave of deaths unlike any other part of the world.

Older and sicker people have been the most likely to die from COVID-19 in China and Italy, but significant numbers of younger people in the south are in high-risk categories as compared to other states, reported The Atlantic.

Only about one in 10 deaths in the U.S. from COVID-19 have occurred in Alabama, Georgia, Louisiana and Mississippi, but New Orleans seems poised to become the next global epicenter for the pandemic and the virus is taking hold in southwestern Georgia.

Digging deeper into those deaths so far, it appears younger adults are dying in the American South at a much higher rate than anywhere else.

"Although the majority of coronavirus-related deaths in Louisiana are still among victims over 70 years old, 43 percent of all reported deaths have been people under 70," reports The Atlantic's Vann Newkirk II.

People between 40 and 59 years old make up 22 percent of coronavirus deaths in Louisiana, and that group accounts for 17 percent in Georgia.

That same cohort makes up only 10 percent of COVID-19 deaths in Colorado, and just 6 percent in Washington.

Those preliminary numbers suggest middle-aged and working-age adults in those two southern states are much more likely to die than the same age group elsewhere, and the reasons are complicated.

A recent analysis from the Kaiser Family Foundation found that adults under 60 in Arkansas, Alabama, Kentucky, Tennessee, Louisiana and Mississippi were much more likely to fall into a high-risk category -- such as heart disease, cancer, lung disease or diabetes.

That age group made up about a quarter of their states' vulnerable population, compared to just 19 percent in Washington State.

Those risk factors are the result of policies that have perpetuated the racism and poverty of the Jim Crow era, and the South remains the poorest region in the U.S.

Florida, Georgia, Louisiana, Mississippi, North Carolina and Texas spent just $25 per person last year on public health, compared to New York -- which has been overwhelmed by the pandemic -- and nine of the 14 states that refused to expand Medicaid to poor residents under the Affordable Care Act are in the former Confederacy.

Republican governors some of those states have followed President Donald Trump's lead and refused to issue stay-at-home orders until the virus had been widely spread, and the results of their policies are about to be seen.