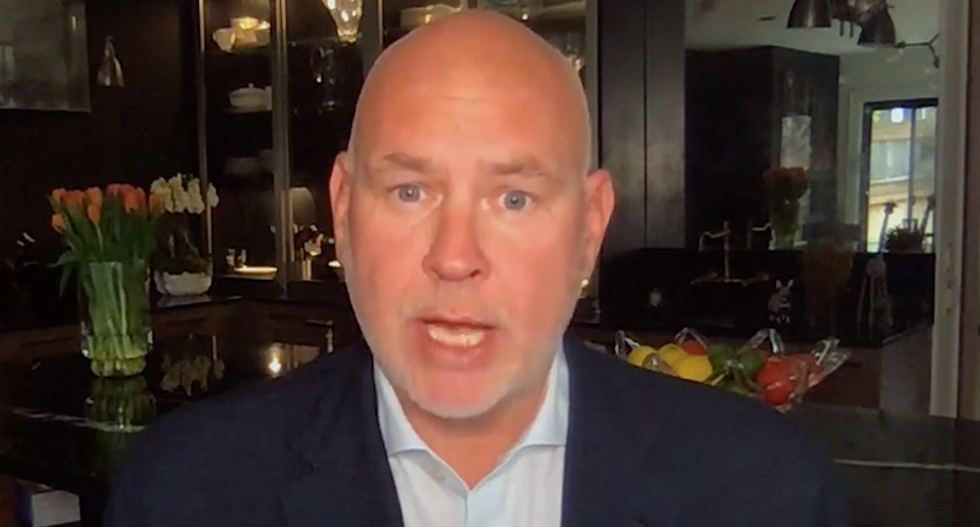 Appearing on MSNBC with guest host Joy Reid, former GOP campaign consultant Steve Schmidt tore into Donald Trump for his handling of the coronavirus pandemic that has led to over 85,000 dead, 35 million unemployed and the economy reeling.

Noting how other presidents have handled major disruptions, Schmidt said the damaged economy above all can be laid at Trump's feet.

He then turned to Donald Trump.

"Donald Trump has been the worst president this country has ever had," he stated. "I don't say that hyperbolically -- he is. But he is a consequential president. He has brought this country, in three short years, to a place of weakness that is simply unimaginable if you are pondering where we are today from the day where Barack Obama left office."

"This is a moment of unparalleled national humiliation, of weakness when you listen to the president," he continued. "There are the musing of an imbecile, an idiot. And I don't use those words to name-call, I use them because they are the precise words in the English language to describe his behavior, his comportment, his actions. We've never seen a level of incompetence, a level of ineptitude so staggering on a daily basis from anybody on the history of the country."