CNN's Acosta breaks down history of Trump's lies about voter fraud: 'He has a problem accepting the truth' 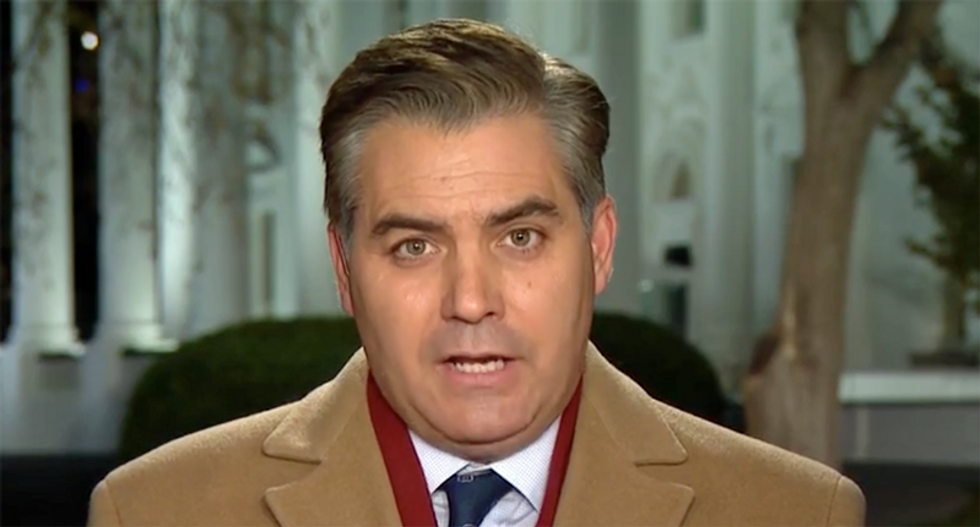 On Tuesday's edition of CNN's "Anderson Cooper 360," chief White House correspondent Jim Acosta walked through the history of President Donald Trump's false claims about voter fraud, leading up to the one that got him fact-checked by Twitter.

"The president was lashing out on Twitter just a few moments ago, saying he is not going to stand for Twitter, as he describes it, 'interfering in the 2020 election,'" said Acosta. "This has been going on for some time now. This is one of the president's oldest lies," said Acosta. "It goes all the way back to the 2016 campaign. He explained that the reason why he lost the popular vote to Hillary Clinton was because of undocumented immigrants voting in the 2016 election."

"We should point out he established a voter fraud commission to find widespread voter fraud. That commission produced no evidence of widespread voter fraud," said Acosta. "And so the president is going back to ... essentially a social media trick that he has pulled before and he's trying to do it again. And now Twitter and other social media platforms, perhaps others, will follow, are starting to do something about it."

"The question is whether or not the president can really do anything about this at this point," continued Acosta. "He's threatening to do something about it, but that's all we have tonight from the president, an empty threat he'll do something about it. Anderson, we should point out. You and I both know this is a problem going on with this president, this administration for four years now. Not only does the president have a problem with telling the truth, he has a problem with accepting the truth. And all the studies have shown on this subject there is no widespread voter fraud in the U.S. and there is no proven link between mail-in balloting and voter fraud. Republican-led states have been doing it for years."