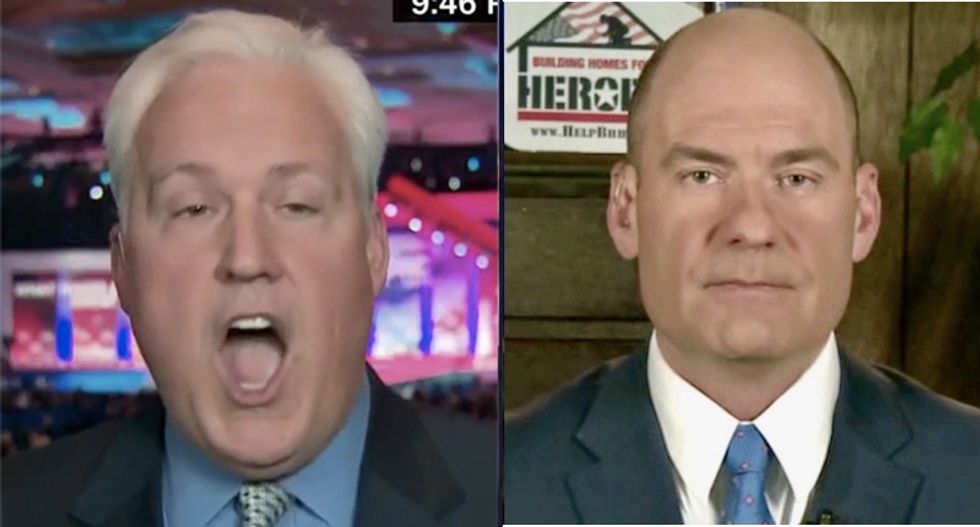 In a Fox News debate Thursday, progressive radio host Chris Hahn explained why the new conspiracy about President Barack Obama is another failed attempt to create a scandal.

After being impeached for trying to create a scandal against former Vice President Joe Biden in Ukraine, Trump's team has tried to implicate Biden in Lt. Gen. Mike Flynn's guilty plea for lying to the FBI.

Three years ago, it was uncovered that former national security adviser Susan Rice ordered the unmasking of Flynn in the monitoring of the Russian ambassador. Flynn then lied to the FBI and the Trump administration about it and was subsequently fired for it.

Republican senators said that they have a list of the people who requested the unmasking and Trump's allies are claiming that Biden along with other Obama administration officials were singling Flynn out. It's a complicated theory because the move of "unmasking" means that no one knew who Flynn was in the report, so they couldn't single him out.

Hahn explained that he can see why Trump wants his money back from campaign manager Brad Parscale "and is threatening to fire him. This is the dumbest thing I've ever heard."

"In the middle of a pandemic, they're going back in time to something that didn't happen to try and make something big here," noted Hahn. The United States is quickly approaching 85,000 deaths from the coronavirus and states that are reopening are already seeing an increase in cases.

Hahn explained that the vice president of the United States has the right to ask for national security information just as much as the president does.

Fox News host Dana Perino claimed that it was because of the Post story that Attorney General Jeff Sessions recused himself from the Russia scandal. When Hahn said Biden didn't leak it Perino and Schlapp exclaimed: "how do you know!?"

It doesn't exactly match up, as the David Ignatius' story in the Washington Post was uploaded at 07:44 according to source data on the story. Biden would have had to have leaked it to the Washington Post before he requested it. According to the records requested, there were people asking for the information for a full month prior to Biden asking appearing on the list.

Schlapp then ranted that Democrats have been pushing the Russia scandal for five years "to hurt President Bush." Presumably, he meant Trump.

Perino also noted that Democrats are saying unmasking is routine. Unmasking is so routine in fact, that Trump's administration has unmasked over 36,200 people, far more than President Obama did. The Trump White House hasn't released information about those 36,000-plus people and if any of them are Democratic officials.