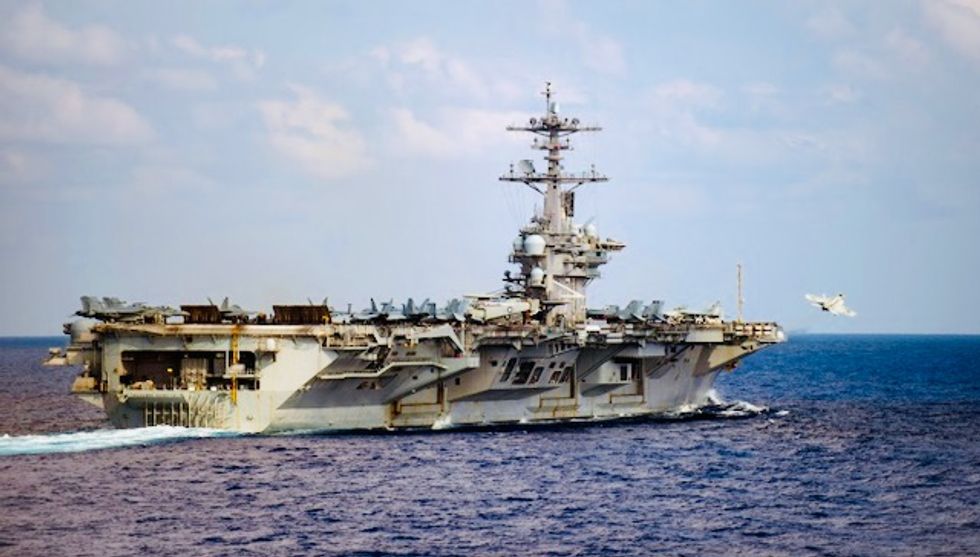 On Saturday, The Washington Post reported that five sailors onboard the U.S.S. Theodore Roosevelt have tested positive for COVID-19 for a second time.

"Pentagon spokesman Jonathan Hoffman said that it is 'a learning process' to understand how to best adapt to the virus," said the report. “Hoffman said the sailors were removed from the ship after testing positive the first time and that contact tracing was done to determine if others were infected."

The report continued: "The five sailors had gone through at least two weeks of isolation and tested negative twice in a row before they were allowed back on the ship, the Associated Press reported. Once they returned to the ship, the sailors developed influenza-like illness symptoms before they tested positive a second time, AP wrote."

The U.S.S. Theodore Roosevelt, which is currently confined to Guam over the outbreak, was the focus of national attention after Capt. Brett Crozier was fired by then-acting Navy Secretary Thomas Modly for a letter expressing concern about the outbreak's impact on his sailors. The ensuing backlash over the decision, and a speech Modly gave on the ship trashing Crozier, led to Modly's resignation.