GOP lawmakers denial of aid to blue states will come back to haunt them in the worst way: columnist 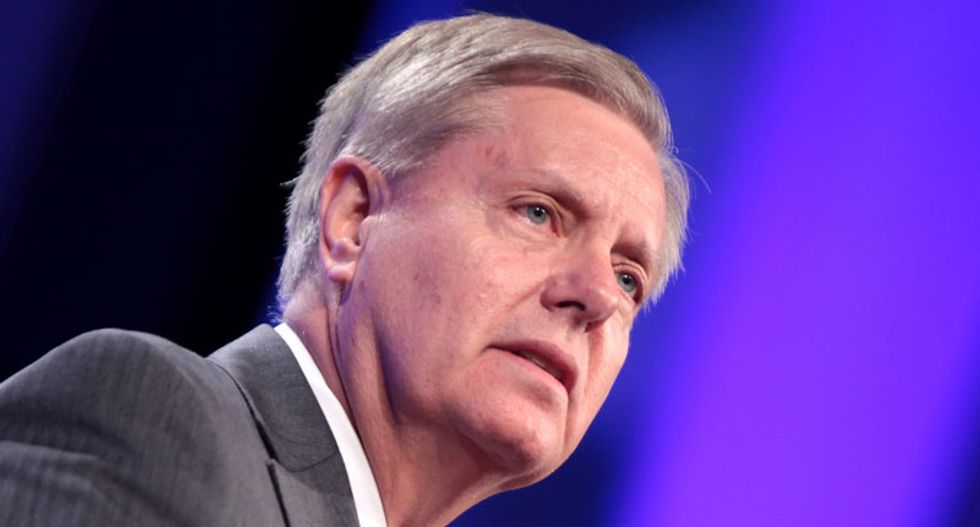 According to a column from Nicole Gelinas, Republican lawmakers who have been complaining about sending coronavirus aid to predominately Democratic-run states may want to dial it back because it could come back to haunt them in the very near future.

As Gelkinas explained, "A long-simmering uneasiness between densely populated Democratic states and more sprawling Republican states has turned into open contempt, with national Republicans refusing more aid for cash-strapped states, and local and state Democrats seeing anything less than 100 percent funding as a betrayal."

Adding that, "As New York, New Jersey, Michigan and Illinois, in particular, struggle with the economic consequences of locking down their states to contain COVID-19, some national Republicans are pointing to them as parables of Democratic profligacy with President Trump saying that “all the states that need help, they’re run by Democrats” and Majority Leader Mitch McConnell suggesting at one point that they go bankrupt," she noted Republican lawmakers should look at the long term effects their intransigence can have on the economic future of their home states.

"Republicans must understand that starving blue states harms red and purple states. Florida, for example, depends on New Yorkers to flock to its beaches and resorts, buy or rent second homes, and spend their pension money there. New York is Florida’s single biggest origin market for tourists, accounting for nearly 11 percent of visitors in 2017. More than 5 percent of Nevada’s tourists—nearly a million people annually—come from New York," she explained. "Even far-away Alaska is suffering from dense cities’ travails, as the record plunge in demand for oil has harmed its tax revenues, spurring bond downgrades."

"Yes, blue states should have saved more for a rainy day, but, as previous post-hurricane rescues of Florida and Texas have shown, nobody can prepare for a deluge. It is not realistic to expect states and cities to withstand months-long public health shutdowns of their economies, and attendant falls in sales, income, and other taxes, without catastrophic budget impacts," she continued. "On the other hand, leaders in states such as New York, New Jersey, and Illinois must be realistic; they cannot expect the federal government to bail them out of decades’ worth of fiscal complacency. The country has just come off a record economic boom. Why, then, in turn, does New York have so little in its reserves—only $2 billion out of a nearly $100 billion budget—that it must immediately threaten to cut frontline workers? Illinois and New Jersey have long ignored chronic pension underfunding."

"As the saying goes, we’re all alone, together. Nevada cannot successfully reopen if Illinois’ economy remains crippled, and Illinois cannot recover without basic public services to support businesses and individuals or even higher taxes in a recession," she added before concluding,"Everyone will have to bend a little on a core belief."