'Incapable of showing empathy': MSNBC's Morning Joe horrified by Trump 'making this pandemic about himself' 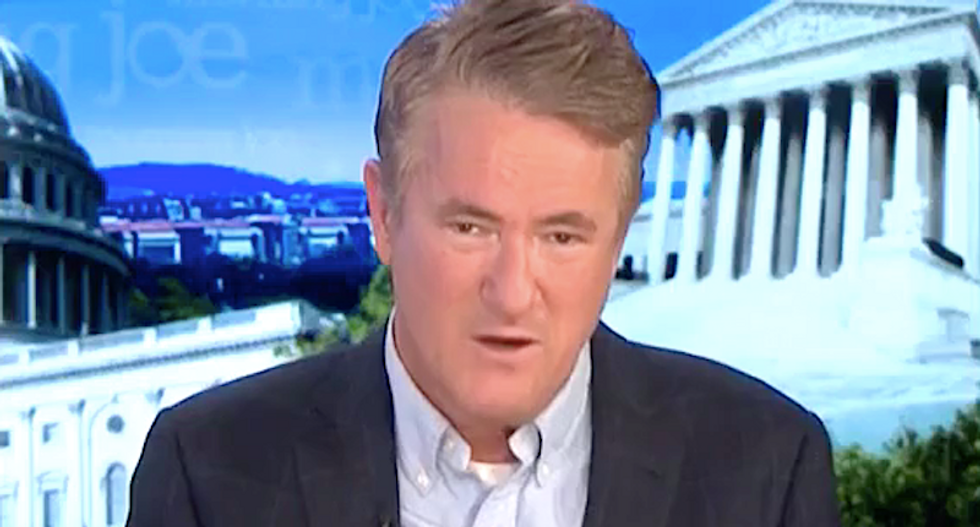 MSNBC's Joe Scarborough recoiled at President Donald Trump's efforts to make the coronavirus pandemic about himself.

The "Morning Joe" host rolled video of Trump being asked to reflect on more than 63,000 deaths in six weeks, and after claiming no one was more upset than him, he pivoted to boasting about the economy before the pandemic arrived.

"He is just simply incapable of showing any empathy toward the Americans, actually, millions of Americans who are suffering through this, whether it's through medical challenges, through death, having loved ones who died, or the economic challenges that are mounting up by the day," Scarborough added.

He also faulted the president for ignoring the polls that showed near-unanimous support for continuing lockdown orders, and instead signaling support for armed demonstrators pressuing Democratic governors to open up their states now.

The medical science is clear, and the support for stay-at-home orders is bipartisan and broad -- but Scarborough said the president was stoking tensions for his own political gain.

"Let me repeat it again, all we're saying here is listen to Dr. [Anthony] Fauci, listen to Dr. [Deborah] Birx, listen to the guidelines put forward, not by Nancy Pelosi, not by Chuck Schumer, not by left-wingers, right, not by the [Joe] Biden campaign, but by the Trump White House," Scarborough said.

"If they would just follow the guidelines that were put forward by the Trump White House, you know, we would see, I think, America begin to safely go back to work, try to avoid that second big wave," he added. "Again, Donald Trump puts down the guidelines, and then can't stay out of his own way. He starts talking about liberating Michigan, at the same time, he is criticizing other states that are opening up. There is no consistency. As always, Donald Trump always tries to make this pandemic about himself."