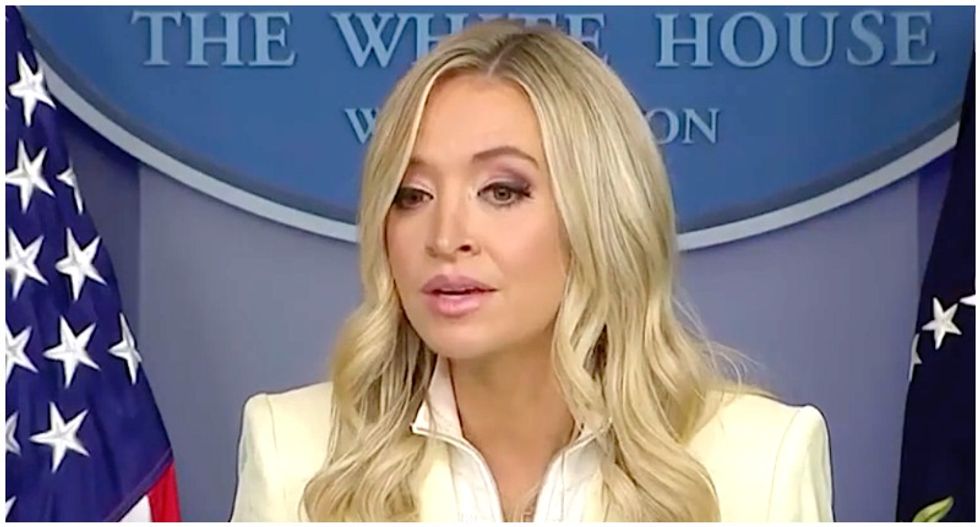 During an exchange with CNN's Jim Acosta this Thursday, White House Press Secretary Kayleigh McEnany suggested that Donald Trump has never intentionally lied during his tenure as president.

After discussing Trump's recent attacks on social media platforms for allegedly being biased against conservatives, McEnany called on Acosta, who asked her if she thinks Trump should be fact checked on Twitter.

"...especially this president, who has made so many false and misleading statements that has put fact checkers to work across the world," Acosta said, adding that the Trump administration is "trying to silence fact checking."

McEnany said she disagreed with almost all of Acosta's assertions, and then launched into a list of examples she says proves the "mainstream media" needs its own fact checkers. Acosta pointed out that news outlets make mistakes from time to time but nevertheless corrects those mistakes, unlike Trump.

"You have pledged in this briefing room to never lie to the American people," Acosta said. "Are you saying that the President of the United States has never lied to the public before?"

McEnany replied that Trump's "intent is to always give truthful information" before launching back into a list of the media's failures.