Mike Pence called out by his former personal physician for not wearing a mask: 'Leadership comes from the top' 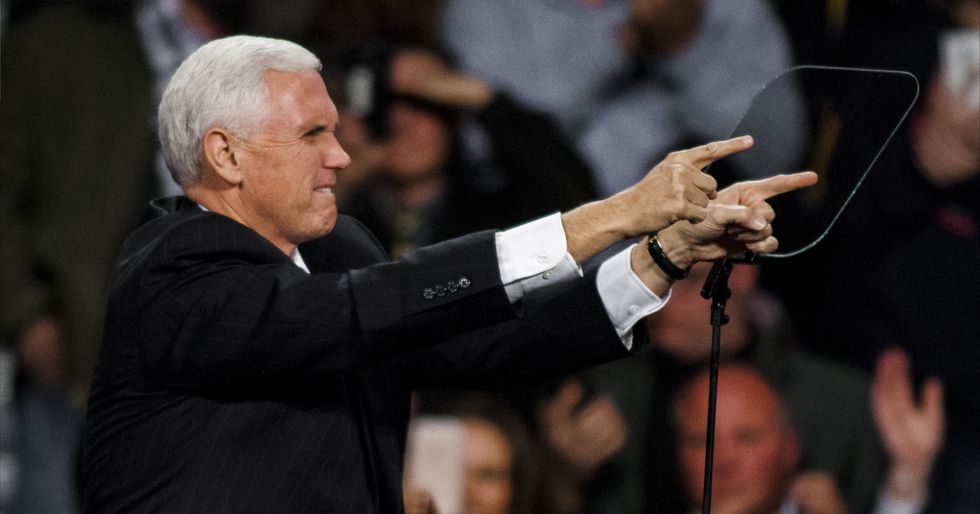 Appearing on MSNBC on Friday morning, Vice President Mike Pence's former personal physician chastised him for not wearing a mask at a time when even his own spokesperson has been infected with COVID-19, saying he has not been setting a good example.

Speaking with host Craig Melvin, Dr. Jennifer Pena asked about ongoing efforts to battle COVID-19 --particularly about how it is affecting children now --before turning to Pence's resistance to the masks.

"Dr. Pena, before I let you go, " Melvin queried, "Apologies in advance for putting you on the spot, but, again, at one point you were personal physician to the vice president."

"We've seen him on a number of occasions walking around without a mask on in public despite the guidelines in a number of places. what do you make of that?" the MSNBC host pressed. "If he were still your patient, would you call him and say, 'hey, dude, put on the mask'? "

"Yes, absolutely," she replied. "He's heard things like that from me before in other instances regarding other medical issues. I know he's getting appropriate guidance and I have all the faith in the world in the White House medical unit and my colleagues, that he's getting the appropriate recommendations and guidance."

"But, ultimately, the decision is personal," she continued before lecturing "Leadership comes from the top -- that's my motto. You have to lead by example. If the federal government is putting out guidance that this is the measures that we have to take for citizens, to protect ourselves and protect this country, then, again, leadership has to come from the top and we have to lead by example."

"I would tell him to put on the mask," she concluded.