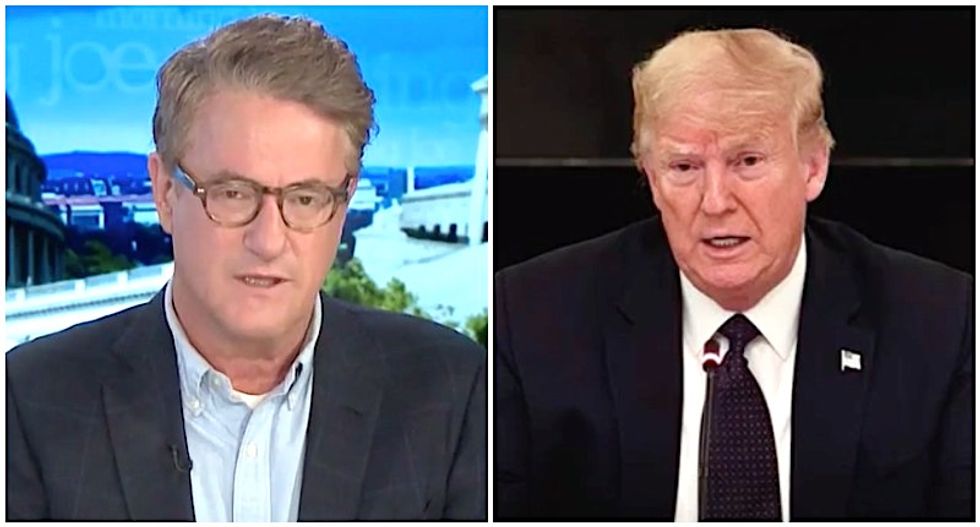 The "Morning Joe" host has been saying that elections are often won in the spring, when candidates establish their identities with voters, or have one established for them by their opponent.

"Elections used to be won after Labor Day, and they did when I was younger, growing up," Scarborough said. "Traditionally, you had the campaign starting date the day after Labor Day. Now, elections seem to be won or lost, if you look back at history, except for 2016, in May, in April, in May, in June."

Scarborough believes the president still has a path to re-election, but he said his response to the coronavirus crisis would define his first term.

"The president decided to reassign that person during the middle of a once-in-a-century pandemic that will kill 100,000 Americans in the coming weeks," Scarborough added. "We'll cross that 100,000 threshold. Americans are going to -- I think historians, Americans are going to look back to these months and decide, this is when Donald Trump did more damage to his campaign than any Democrat ever could."