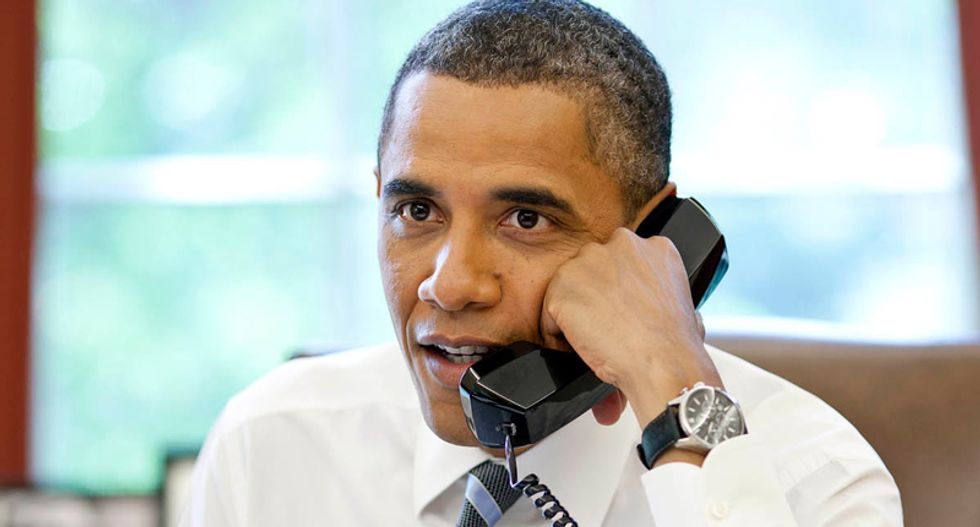 President Barack Obama talks with the crews of the Space Shuttle Atlantis and the International Space Station during a phone call in the Oval Office, July 15, 2011. (Official White House Photo by Pete Souza)

Also on Saturday, former President Barack Obama stepped into the leadership void to offer advice for states as they relax COVID-19 lockdowns.

"As all 50 states begin the process of reopening, here are three articles that offer some lessons from other countries about the tradeoffs and policies involved," Obama posted on Twitter.

The first article highlighted the European approach of safeguarding payroll, an approach that was rejected by Speaker Nancy Pelosi (D-CA) and Senate Majority Leader Mitch McConnell (R-KY) during previous rounds of relief.

As all 50 states begin the process of reopening, here are three articles that offer some lessons from other countri… https://t.co/k6xeoaH9zm
— Barack Obama (@Barack Obama) 1590270956.0