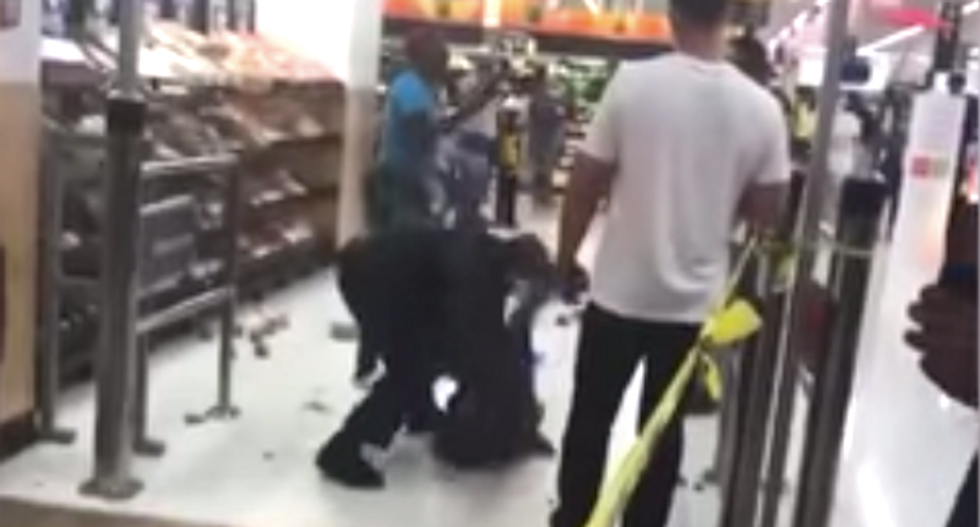 A woman faces charges after an off-duty Alabama police officer slammed her face-first onto the floor during a dispute over face coverings.

The woman, whose name was not released, became "disorderly" after a Walmart employee asked her to wear a mask for coronavirus protection, and she began yelling expletives at customers and employees, reported NBC News.

The officer tried to detain the woman, who appears to be black, after she refused to leave the store, and he picked the woman up and slammed her onto the ground as she struggled away from his attempt to handcuff her.

“The female continued and was asked to leave the store. However, she refused," said police spokesman Sgt. Rod Mauldin. “The officer began to detain her, however she continued to resist. The officer used a takedown measure to gain control due to the other threat factors in the store.”

The woman was charged with disorderly conduct, resisting arrest, third-degree criminal trespassing, possession of marijuana and unlawful possession of a controlled substance.

The woman refused medical treatment but did not appear to be injured police said.

Birmingham police have not arrested anyone or issued any citations for violating the city's mask or stay-at-home ordinance.