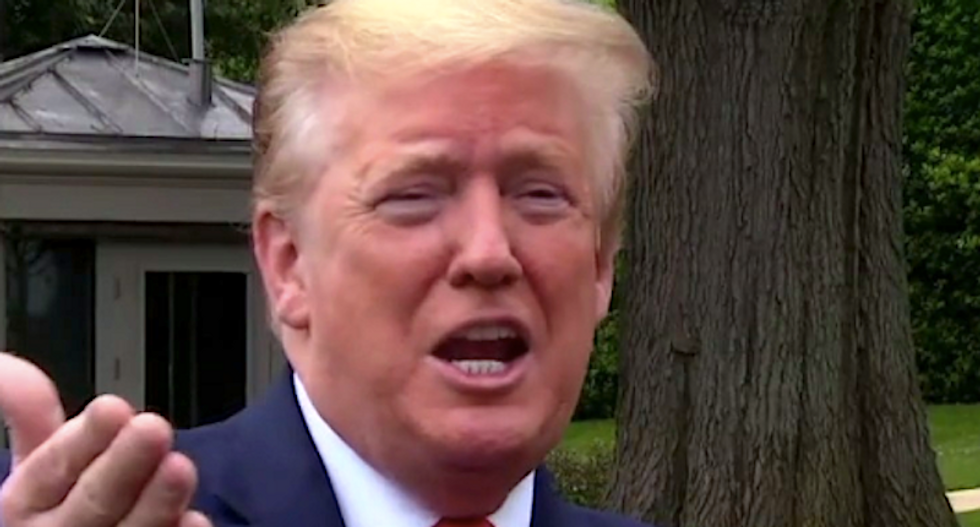 President Donald Trump fumbled his explanation for whether he had tested positive for the coronavirus.

The president told reporters Thursday that he had "tested very positively" for the potentially deadly virus, but then tried to clear up that he was not infected with COVID-19.

Here is a quote from Trump: "I tested very positively in another sense so— this morning. Yeah. I tested positively… https://t.co/EJ2wKymsjc
— Kyle Griffin (@Kyle Griffin) 1590081306.0