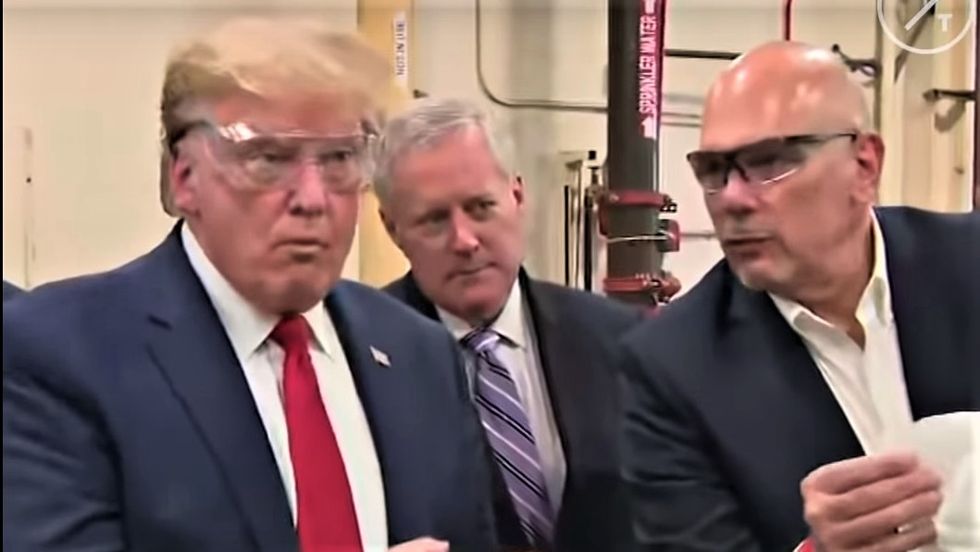 President Donald Trump drew criticism this week when he declined to wear a face mask while touring a Honeywell plant in Arizona that is manufacturing medical equipment to handle the COVID-19 pandemic.

But even though footage from Trump's tour of the plant clearly showed that he at no time wore a face mask, the president tried to claim he did when asked about it on Wednesday.

Reuters White House correspondent Jeff Mason questioned Trump about his decision to not wear a mask at the plant, and the president insisted that he wore one when no one was looking.

"I asked ⁦Donald Trump why he didn’t wear a mask at the Honeywell plant yesterday," Mason writes on Twitter. "He said he had worn one. I said we did not see him wearing one. He said he wore one backstage and the Honeywell chief said it was not necessary to wear in the plant."