Trump's re-election prospects dim as the coronavirus spreads through the Rust Belt: report 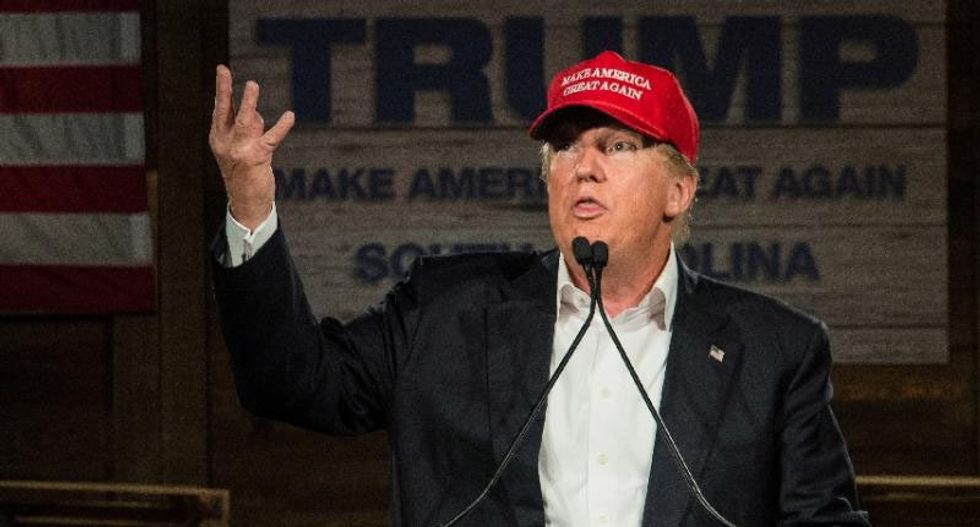 Donald Trump's chance of holding on to the badly needed electoral votes from Rust Belt states is taking a major hit, reports Politico, as the coronavirus spreads from the densely populated urban centers to the suburbs.

Those same states, often labeled as the "battleground states" that could swing the election either way, appear to be leaning towards presumptive Democratic nominee Joe Biden, and the COVID-19 virus is playing a major part in the president's troubles.

"The region is now becoming a new front line for Americans’ lives and livelihoods as coronavirus hot spots proliferate and jobless rates spiral. The confluence of a ferocious pandemic, deepening economic turmoil and rising political tensions is more pronounced here than anywhere else in the country," the report states. "And it sets the stage for a combustible campaign season that is testing President Donald Trump’s efforts to move on and insulate himself from the crisis—and Joe Biden’s ability to blame him for the fallout."

During the president's visit to Pennsylvania on Thursday, he proclaimed, "The fourth quarter is going to do very well. And next year is going to be through the roof,” but Poltico reports that the public is not buying it.

"Numbers and interviews, however, paint a much grimmer picture. The virus has moved from urban centers like Detroit and Chicago into suburbs and more sparsely populated counties, a trend seen from western Pennsylvania to Minnesota and Iowa. In Wisconsin, Michigan and Pennsylvania—Democrats’ so-called “Blue Wall”—19 counties report coronavirus cases doubling in less than 14 days. Trump won all but one of those counties, by an average of 65 percent," the report states. "Democrats are working to ensure that doesn’t happen again by casting his stewardship over the virus and economy as a betrayal."

Adding to fears about the pandemic raging through the communities affecting residents' health, have been the devastating loss of jobs.

"The region has been devastated by job losses amid pandemic-induced economic shutdowns, in some cases far outpacing the national average in terms of the proportion of their workforces that have applied for unemployment benefits since mid-March," the report states.In Michigan, more than 3 in 10 workers have sought aid in the past two months, according to a POLITICO analysis of Labor Department data. Layoffs and furloughs are also piling up in Pennsylvania, where more than one-fourth of the workforce — or 29.6 percent — has filed an unemployment claim."

According to Paul Clark, director of the School of Labor and Employment Relations at Penn State University, the problems Trump was supposed to fix after he was elected in 2016  still remain.

“The way I’ve come to terms with what happened in 2016 in these working-class areas is that the Trump vote was a vote of despair and desperation. And that despair and desperation remain in 2020,” Clark remarked before adding, "The big question is, will people in those areas react in the same way that they reacted in 2016 … or have they had enough?”

According to Sen. Tammy Baldwin (D-WI), the president has a problem with voters in her state over the way he has handled the pandemic.

"They are very clear about what those missteps are and, frankly, they are angry," she told Politico.