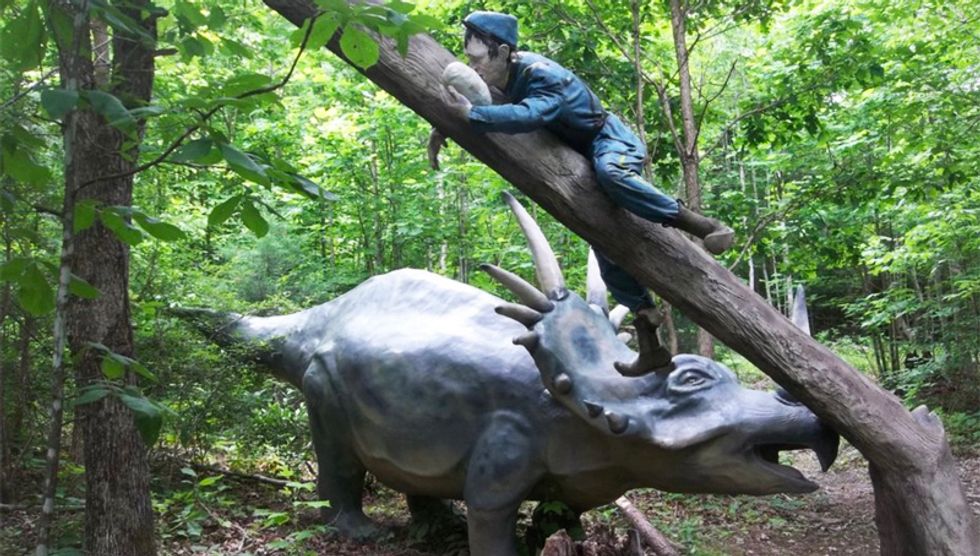 A popular pop-up theme park in Natural Bridge, Virginia has been forced to postpone its late spring opening this year due to the coronavirus pandemic, depriving locals and travelers alike of seeing replicas of dinosaurs fighting with Union soldiers during the Civil War.

According to the website for Dinosaur Kingdom II, the originally scheduled opening on April 11 is still on hold as the state reels from the COVID-19 health crisis that has has shut down public spaces forcing Americans' to stay at home until the government can halt the spread of the pandemic.

According to the Roanoke Times, Dinosaur Kingdom is the brainchild of Mark Cline, who is also responsible for "Foamhenge, a life-size replica of Stonehenge made from Styrofoam blocks that stands in Centreville."

The 2019 version offered attendees, "a mini-story. First, visitors see a severed dinosaur foot caught in a bear trap. Then comes a tableau of a Union soldier about to be mauled by a one-legged dinosaur. A nearby stand sports a QR code that, when scanned via cellphone app, opens a video depicting the events leading up to the attack in glorious bargain basement B-movie detail, with Cline himself portraying the dinosaur’s victim." 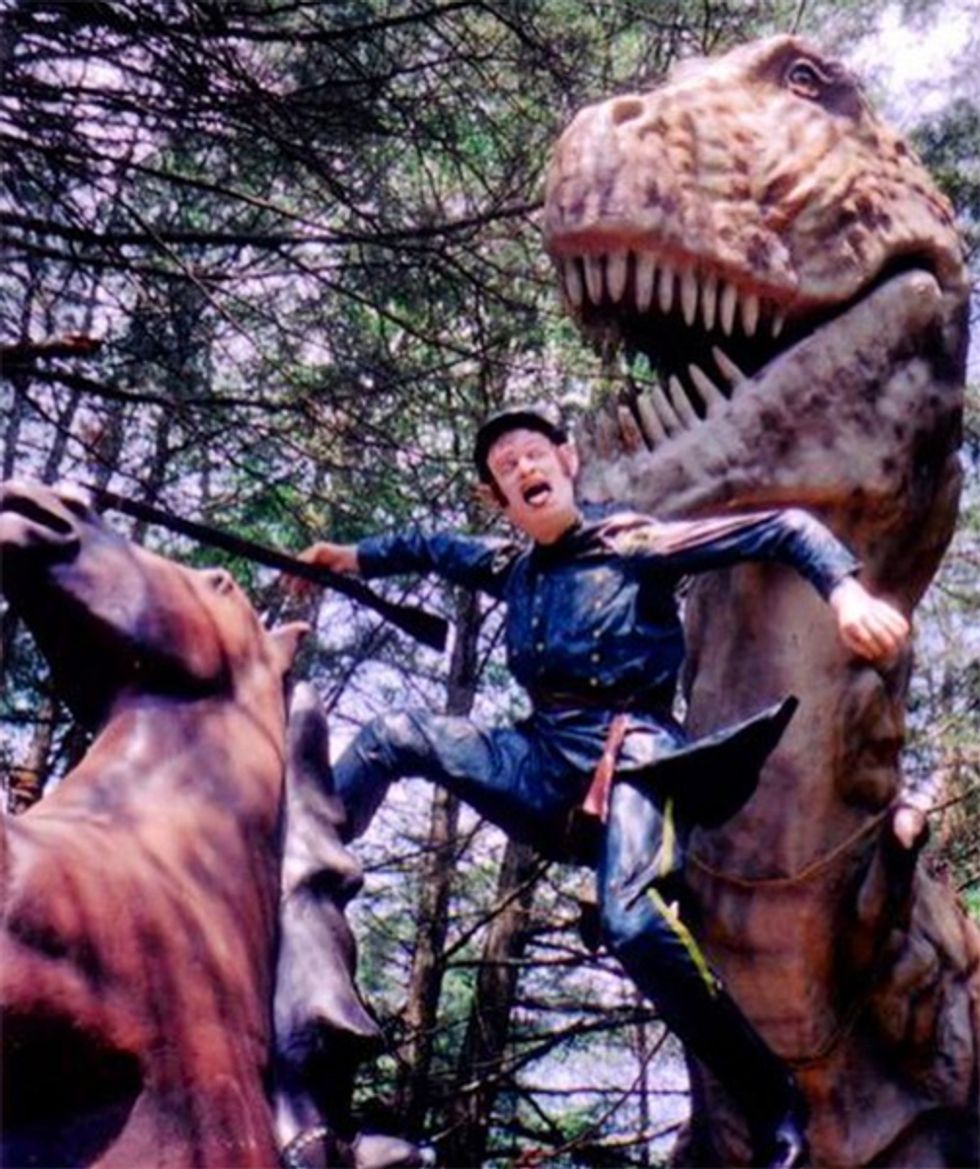 According to the park's website, when it opens, visitors will be able to see, "Stonewall Jackson battling a vicious spinosaurus! get surrounded by deadly meat eaters! See Abe Lincoln after he’s lassoed a pteranodon chewing up the Gettysburg address! witness a stegosaurus being milked!"

As Cline dryly notes, "This is not your father’s dinosaur park.”

Dinosaur Adventure joins Kentucky's Ark Encounter -- where dinosaurs are shown caged on Noah's ark when they are not fighting gladiators -- in the shutdown.

No date has been listed for the eventual opening.

You can watch a clip from the Travel Channel on Dinosaur Adventure below: