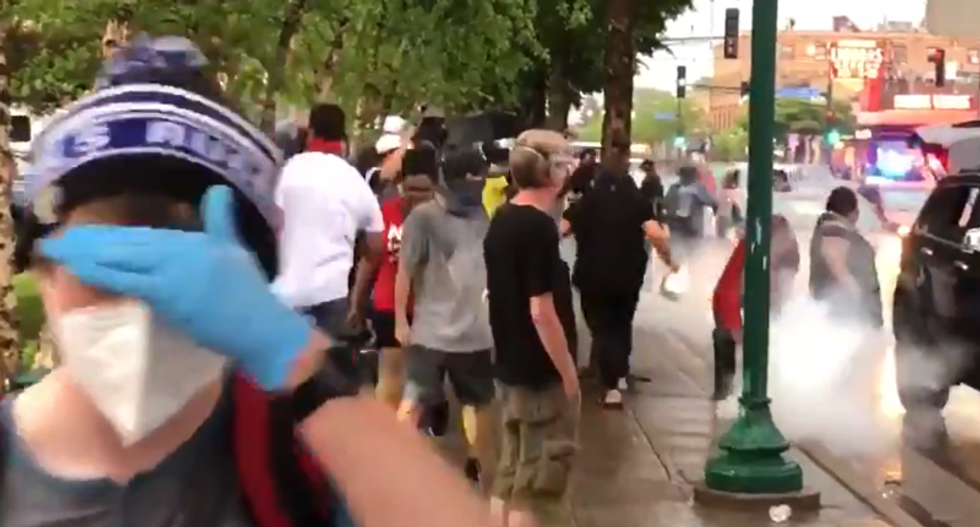 On Tuesday, protesters took to the streets in Minneapolis, Minnesota to demonstrate against the police killing of George Floyd.

Before long, police showed up in riot gear to contain the crowds — and footage emerged of officers firing chemical agents into the crowds of protesters.

Here’s even more chemical agents fired by MPD into protests @kstp It comes after 4 officers fired by chief after an… https://t.co/TnDGUyeyYx
— Eric Chaloux (@Eric Chaloux) 1590541423.0

We are out covering protests—Callen Gray and I almost hit by chemical agents—protestors are not budging outside 3rd… https://t.co/PDJiu4awMq
— Eric Chaloux (@Eric Chaloux) 1590541574.0

The chemical agents continue to rain down—Callen Gray and I had to run as this volley from came into crowd outside… https://t.co/9JxVWNmqxW
— Eric Chaloux (@Eric Chaloux) 1590541652.0