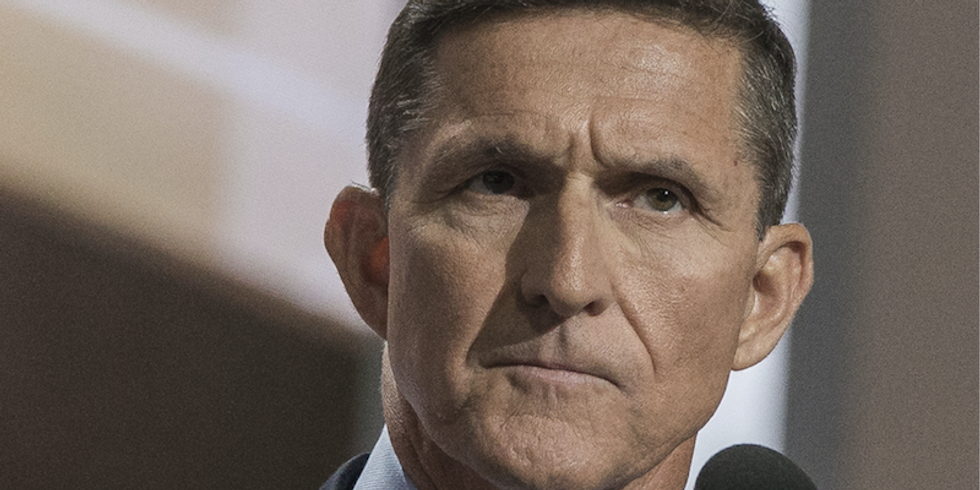 The Justice Department filed a motion to dismiss charges against Flynn -- to which he has pleaded guilty -- but Don McGahn and former White House chief of staff Reince Priebus agreed that the retired U.S. Army general had given misleading statements to FBI agents about the conversations, reported the New York Times.

“McGahn and Priebus concluded that Flynn could not have forgotten the details of the discussions of sanctions and had instead been lying about what he discussed with Kislyak,” special counsel Robert Mueller reported at the conclusion of his investigation.

FBI agents questioned Flynn about the late-December 2016 calls to Russian ambassador Sergey Kislyak, and he denied discussing Kremlin sanctions even when presented with his own words from the highly classified transcripts.

Priebus later told Mueller's investigators that he told the president about concerns that Flynn had lied during his FBI interview, and Trump seemed angry.

“Not again, this guy, this stuff,” Trump said, according to Priebus.

McGahn and other White House lawyers reviewed transcripts of Flynn's calls, and both he and Priebus recommended Flynn's ouster to the president.

Priebus told Flynn on Feb. 13, 2017, that he must resign, and he brought the national security adviser into the Oval Office, where he and Trump hugged.

“You’re a good guy,” the president said, according to Priebus. “We’ll take care of you.”