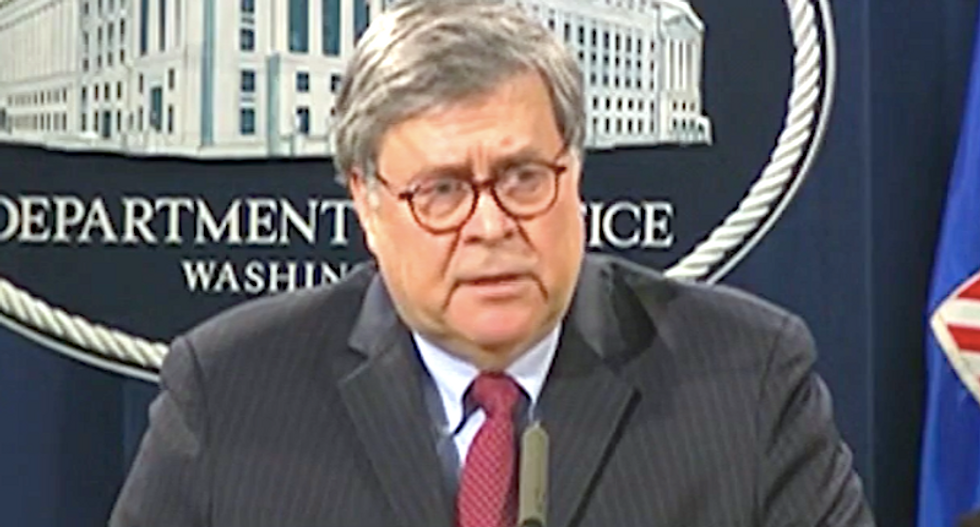 Attorney General William Barr insisted there was "no correlation" between protesters being gassed out of Lafayette Park and President Donald Trump's visit a short time later to a nearby historic church.

The president walked across the cleared park Monday to pose for photos at St. John's Episcopal Church after the U.S. Park Police and National Guard troops fired chemical irritant and rubber bullets at peaceful protesters, but Barr claimed there was no connection.

"I am interested in carrying out the law enforcement functions of the federal government and to protect federal facilities and federal personnel and also to address the rioting that was interfering with the government's function," Barr said. "That was what we were doing."

"I think the president is the head of the executive branch and the chief executive of the nation and should be able to walk outside the White House and walk across the street to the church of presidents," Barr added. "I don't necessarily view that as a political act, I think it was entirely appropriate for him to do."

Later that evening, the White House released a campaign-style ad using footage from the president's visit to the church, and Barr -- who reportedly ordered the park cleared -- argued that he was not aware of the planned visit.

"I did not know that he was going to do that until later in the day, after our plans were well underway to move the perimeter," Barr said. "There was no correlation between our tactical plan of moving the perimeter out by one block and the president going over to the church. The president asked members of his Cabinet to go over there with him. I think it was appropriate for us to go over with him."