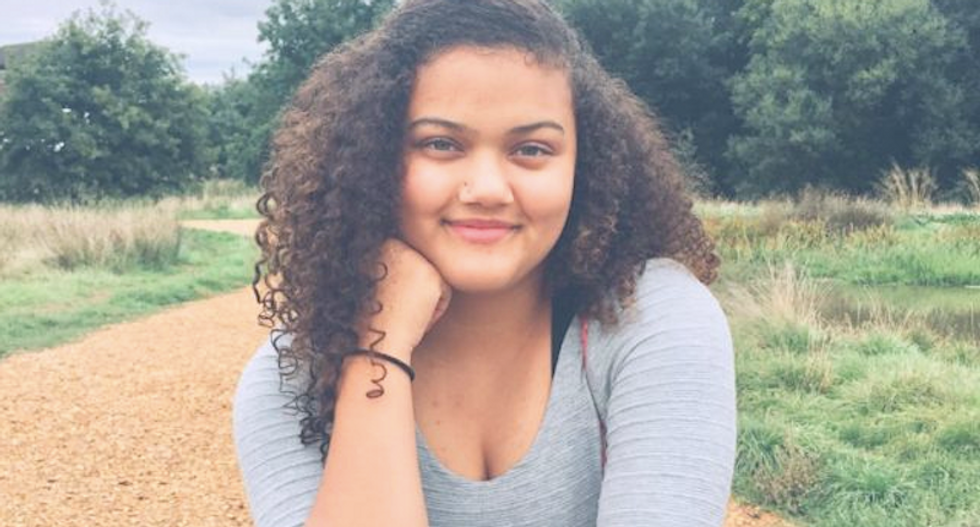 An 18-year-old Black woman says she was deliberately set on fire in Wisconsin by racist white men wearing Hawaiian shirts.

Althea Bernstein, who works as an emergency medical technician while studying to be a paramedic and firefighter, suffered second- and third-degree burns in the attack while stopped at a light about 1 a.m. Wednesday in downtown Madison, reported Madison 365.

“I was listening to some music at a stoplight and then all of a sudden I heard someone yell the N-word really loud,” Bernstein told the website. “I turned my head to look and somebody’s throwing lighter fluid on me, and then they threw a lighter at me, and my neck caught on fire and I tried to put it out, but I brushed it up onto my face. I got it out and then I just blasted through the red light."

She described the assailants as white, "classic Wisconsin frat boys," and said two were wearing all black while the other two were wearing jeans and floral shirts, and she said their gait suggested they were intoxicated.

Her description suggests the possible involvement of anti-government "boogaloo bois," a loosely organized online movement whose adherents are preparing for a second civil war over race and whose members have worn Hawaiian shirts and carried weapons to Black Lives Matter demonstrations.

Bernstein drove to her brother's house, and then drove herself to a nearby hospital for treatment.

“I’ve had patients in shock and I know what shock is based on the textbook,” Bernstein said. “It’s so incapacitating, you don’t even realize what’s going on. My brain still got me home and my brain still got me to call my mom. I just remember my face was bleeding.”

Bernstein said she was advised not to call police right away because she had been given powerful pain medication while medics treated burns on her face and neck, which she said will eventually require plastic surgery.

She called police later in the day but says she was told officers were unable to take a statement because they were preparing for the evening's protests, and the department confirmed to Madison 365 that Bernstein had called.

Hours before Bernstein was attacked, a 28-year-old Black man was beaten and robbed by a small group of people near the protest zone in downtown Madison after someone threw a bicycle at his car as he pulled through a gap in the barrier, which he said made it appear he'd hit someone.

"There does not exist a planet where I would intentionally do something like that," said the man, who asked to use only his first name, Mike.

He got out of his car to confront a group gathering around his vehicle, and several demonstrators began punching him as he lay on the ground in a protective ball, and someone stole his wallet and phone before he was able to escape.

Both incidents remain under investigation.