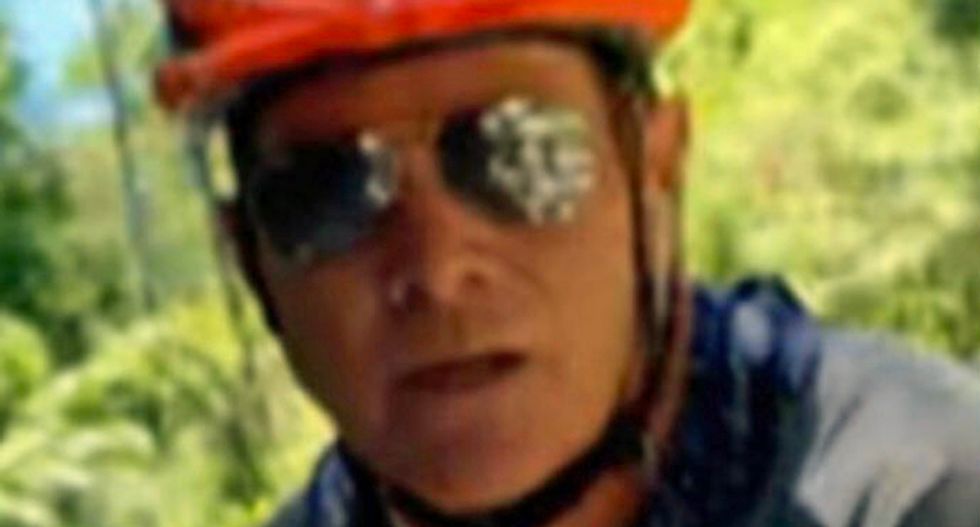 Suspect in assault of protesters via the Maryland-National Capital Park Police.

On Friday, The Washington Post reported that authorities have arrested Anthony B. Brennan III, a man suspected of being the attacker caught on camera in Maryland attacking teenagers putting up posters protesting the death of George Floyd, and charged him with second-degree assault.

"One of the three recorded part of the ensuing encounter, which exploded across the Internet on Thursday as social media users spent two days trying to learn the man’s identity," said the report. "Two men, including a retired police officer, were publicly named by Twitter users as the assailant — even though authorities would later say they had nothing to do with the incident."

"It was not until after 9 p.m. Friday that police announced the arrest of, Brennan, shortly after he turned himself in at the Montgomery County Detention Center in Rockville," said the report. "Based on the nature of the charges, he was expected to be released from custody on little or no bond."

In the video, the man, after encountering the trio on the Capital Crescent Trail, started ripping fliers out of the two girls' hands, allegedly shouting, "You guys are awful. You’ll never amount to anything" and accusing them of inciting riots.

"Do not touch her!" one of them could be heard yelling in the video. After this, he rounded on the third, male youth and pinned him to the ground with his bicycle.