Co-founder of ReOpen Maryland tests positive for COVID-19: 'It’s funny how capricious this thing is' 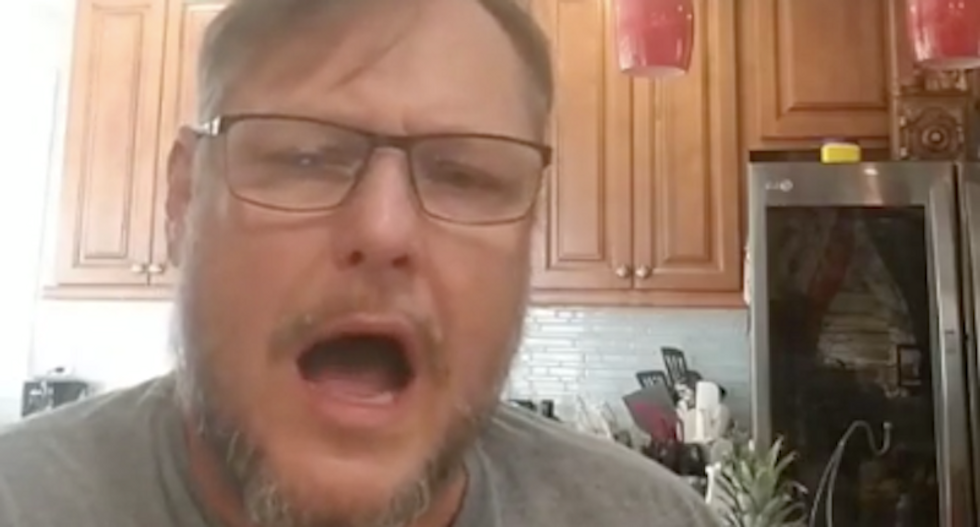 The co-founder of the ReOpen Maryland movement says he has tested posted for the coronavirus.

Tim Walters posted a series of Facebook videos about his illness, but said he would not cooperate with contact-tracing efforts by public health officials, reported The Baltimore Sun.

“I was diagnosed yesterday at the ER with COVID-19," Walters said, "and here I am months after not wearing a mask at rallies, churches and so on, and so it’s funny how capricious this thing is."

The two-time Republican candidate for the General Assembly helped organized protests in Annapolis and elsewhere against shutdown orders implemented by Gov. Larry Hogan in hopes of containing the pandemic.

The 53-year-old Walters said he has diabetes and has not maintained good health habits since leaving the U.S. Navy, and admitted in one video to having a dry cough since March that had recently worsened and now included a headache, fever and a loss of focus in one eye.

"I just want to educate people,” Walters said. “Don’t live in fear, chances are that everyone is going to get this.”

Walters' wife and family members have also been tested for the virus, and he encouraged anyone else who had come into contact with him in recent weeks to pay attention to possible symptoms, but said he would not provide information to public health officials for use in contact tracing.

“I will not share anybody’s information with the government," he said. "I will not do it."