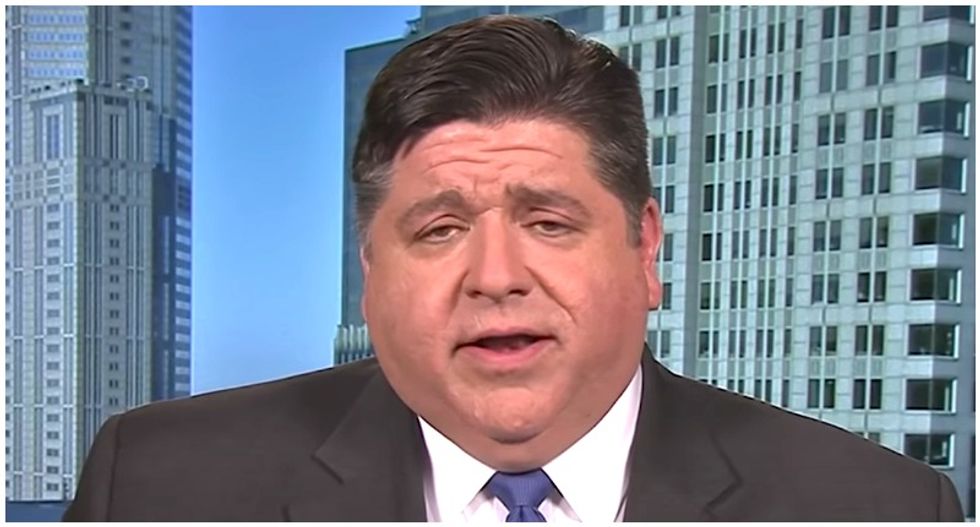 President Donald Trump told governors and mayors on a conference call that they must begin arresting protesters and putting them in jail for 10 years to discourage protests. He blasted them as "weak" for refusing to do so already and not bringing in the national guard to quell protesters.

According to the Chicago Sun-Times, Pritzker immediately told Trump he is “extraordinarily concerned about the rhetoric that’s been used” by him.

“It’s been inflammatory, and it’s not OK for that officer to choke George Floyd to death but we have to call for calm," Pritzker told the president. "We have to have police reform called for. We’ve called out our National Guard and our State Police but the rhetoric that’s coming out of the White House is making it worse. And I need to say that people are feeling real pain out there. And we’ve got to have national leadership in calling for calm and making sure that we’re addressing the concerns of the legitimate peaceful protestors. That will help us to bring order.”

Read the full report at the Chicago Sun-Times.