'I'm fed up': Ex-NBA player attacks Mitch McConnell for caring more about his donors than Kentucky 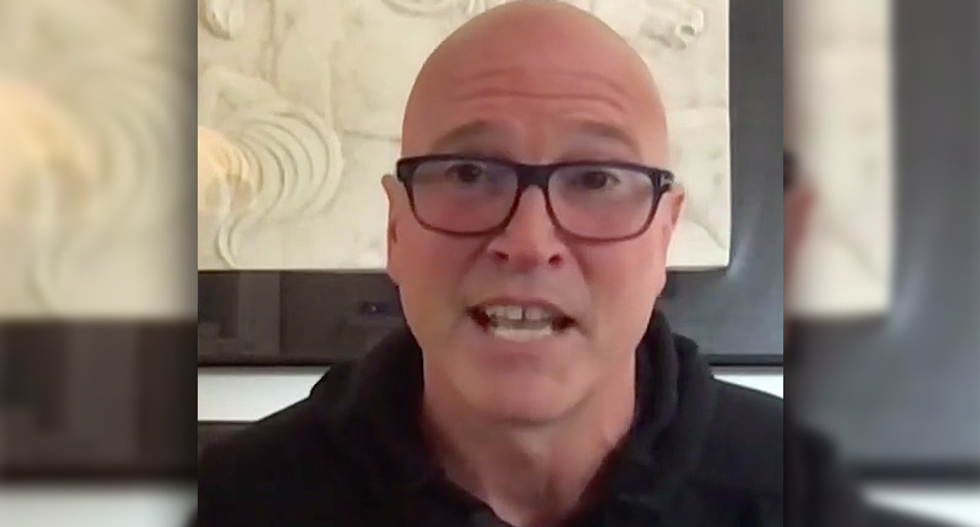 Former NBA and University of Kentucky player Rex Chapman appeared on MSNBC Tuesday, dropping a truth bomb on the two senators in his state.

Speaking to Stephanie Ruhle, the outstanding former outside shooter said that he thinks Sens. Mitch McConnell and Rand Paul prioritize their own pocketbook over the voters in Kentucky. After addressing Paul standing in the way of the anti-lynching bill, Chapman said that McConnell is "out of touch with the people of Kentucky."

"So I'm just -- I'm just sort of fed up and I want to be here as an ally to all my friends and family over the years that I've been speaking up, privately, but that time is over," he said, noting that he has long been frustrated and felt a call to join a movement publicly.

Ruhle noted that she has appreciated Chapman's positive videos and happy stories he posts on Twitter to remind the world of the humanity that still exists. He attributes the rise of meanness to siloed anger fighting it out online.

"You know, I think a lot of what we're seeing is just divisiveness," Chapman said. "A lot of it is Twitter driven, which cracks me up. The president was saying he wanted to get off of Twitter that's his only jam, though. A lot of us are being divided by social media and what we see and hear. I think people if they read more, found reputable sources to read, we probably would be in a little bit better space."

That's when he went after the senators in his state.

"Our leadership is really lacking and I want to say one thing here, real quick, Steph, if you don't mind, I spent about 15 years in drug addiction from painkillers," Chapman confessed. "We had a senator here in my home state, he was elected my junior year in high school, 35 years ago, I was 16, and we didn't have an opioid epidemic then and nor was this man a rich man at the time. Fast-forward about 15 years, and it is 2000, I became addicted to Oxycontin. This senator expected more money from big pharma than any politician in American history. He's failed to hold Perdue pharma, or big pharma, accountable for anything in congress."

He went on to say that Kentucky has been overwhelmed by the epidemic and McConnell has done nothing to help the state.

"This epidemic has come into this state and it is wrecking the state," Chapman explained. "I've managed to make it through, but a lot of people don't. And, what I do know is that this senator's been here when epidemic came in and he's done nothing for Kentuckians. I know medical marijuana works, and that he's deprived this state of having any chance of coming back and getting out of rehab, and finding something that might help is just sort of criminal to me. OK, if we don't want to allow medical marijuana here, fine. Let's take care of our farmers, grow the marijuana, sell it to the other states, we don't like money? I'm just sort of fed up, biting my tongue."

He went on to note that when McConnell fell last year he didn't get addicted to painkillers as Chapman did.