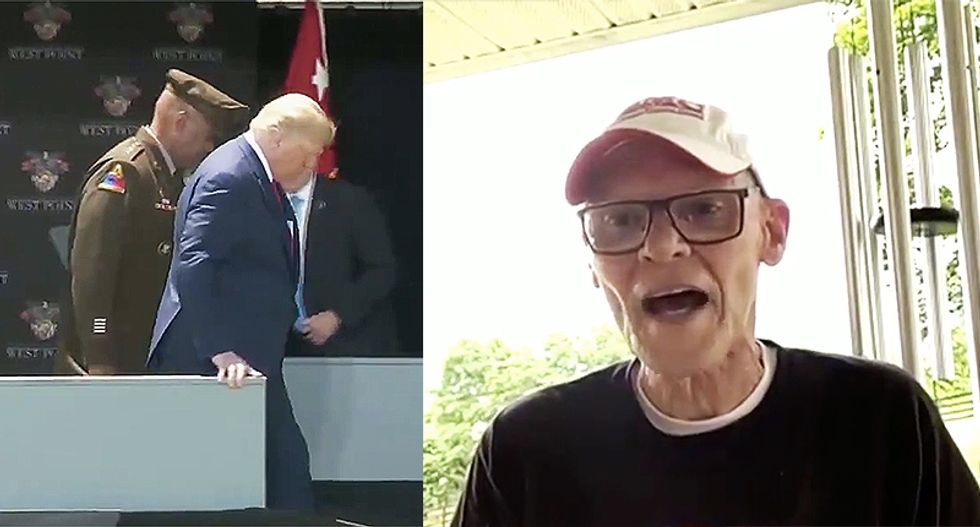 It was revealed Friday that the Russian Federation offered to pay Afghan militants a bounty if they killed American soldiers. The news Sunday was that spies and commandos knew about the bounty as early as January. Democratic strategist James Carville said on MSNBC that if Trump knew that information when he spoke before the West Point soldiers at their graduation then it's outright "treason."

"If the reporting is right and he knew about it, and he invited Putin to the G7, all right, there is a case to make that this violates the treason provision in Article III of the United States Constitution and people have to start reading Article III, read the definition of treason is," said Carville. "I'm not saying he did it. I'm looking at the stories. The Intelligence Committee has to call these people in and ascertain if this is right because if this is right, we could have this instance. So we need answers, Congresswoman Liz Cheney is as much a Republican as I am a Democrat. Maybe more. Wants answers, too. We have to get answers to this. They've got to come pronto, immediately. Maybe he has a defense to this, maybe The New York Times made it all up. I doubt it, but maybe they did. But maybe it's all fake news. But questions must be asked and answers must be given. that is where you are."

He also said that he doesn't think Trump will actually mount a legitimate campaign. In an era of the coronavirus, a campaign for Trump is all about rallies and events, but if Trump can't have those, is it even a legitimate effort?

"Democrats say I love the way you say what you think but don't say you think Trump is going to lose and not run," said Carville. "Those are two contradictory thoughts. I don't think he's going to run and if he ran, I think he would get slaughtered. I can tell the truth as I see it or lie to these Democrats out here and they come up to me all the time, man, nervous, look what happened. 2016 is done. It's gone. It's over. It's behind us. Donald Trump more likely will not run and if he runs, it's 100 percent likely that Biden gets 410 electoral votes. That's just a fact. I don't think most serious analysts do not really dispute me on that."