John Bolton slams Trump for 'turning a blind eye' to coronavirus: 'There was an empty chair in the Oval Office' 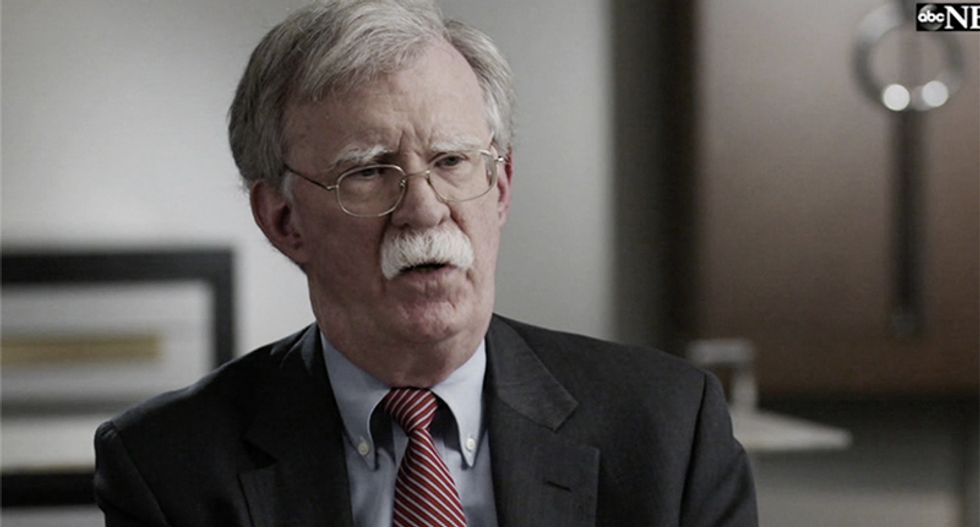 On CNN Wednesday, in an interview with anchor Wolf Blitzer, former National Security Adviser John Bolton laid into President Donald Trump for his failure to immediately safeguard the United States from the coronavirus pandemic.

"I think that the evidence is unmistakable, that the experts early on in January at the CDC, the National Institutes of Health, at the National Security Council, were sounding the alarm," said Bolton. "I think there was an empty chair in the Oval Office because the president did not want to hear bad news about Xi Jinping, his friend. He did not want to hear bad news about the cover-up of the virus in China or its potential effect on the China trade deal he wants so much. And he didn't want to hear about the potential impact of a pandemic on the American economy and its effect on his re-election."

"Turning a blind eye to all these early signs, I think, hampered the country's ability to deal with this, and continues to do so," added Bolton.