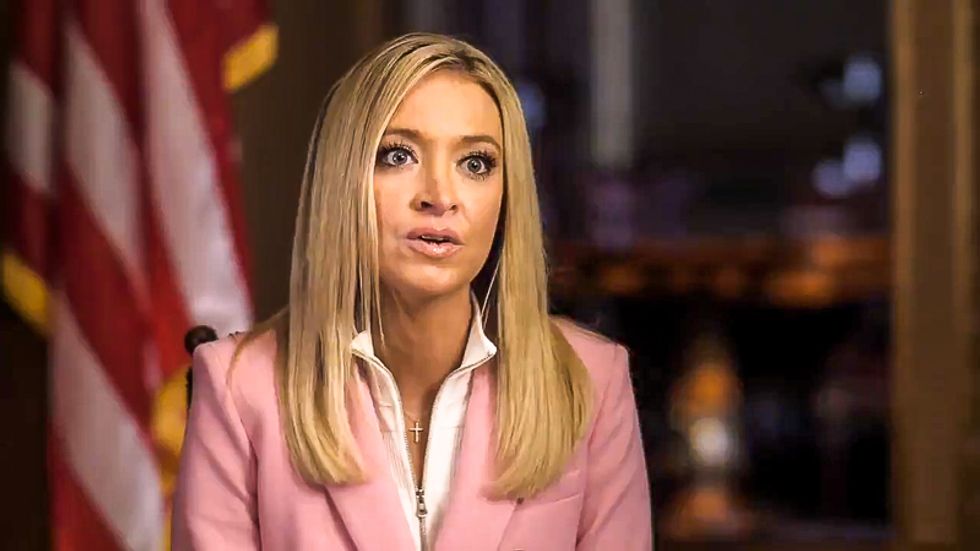 Appearing on MSNBC "Am Joy" New York Times journalist Charlie Savage pushed back at the official statement from White House press secretary Kayleigh McEnany attempting to put distance between Donald Trump and his Times' report that Russia has been paying a bounty for the deaths of U.S. servicemen with the president's knowledge.

With McEnany saying, "While the White House does not routinely comment on alleged intelligence or internal deliberations, the CIA Director, National Security Adviser, and the Chief of Staff can all confirm that neither the President nor the Vice President were briefed on the alleged Russian bounty intelligence,” and then adding that the White House is flooded with reports that the president is likely not aware of, Savage was asked by host Joy Reid to respond.

"One thing to notice about the statement they're not denying that there was an intelligence assessment that the Russian government had offered bounties to Afghan militants and criminals to -- they're not denying that and that the white house has not known about this since March and convened in the interagency meeting about it," Savage began. "Even with the National Security Council in March."

"So they have not tried to push back on that," he continued. "They're saying, 'well, Trump wasn't briefed,'" he added. "We don't know if they're using the word briefed in a highly specialized way like maybe it was in his Presidential Daily Brief (PDB0 document but he didn't read it -- the guy who comes in every few days to tell him about what's in the document didn't mention it that day. We don't know what to make of that statement."

'The other thing that's weird about that statement is that it suggests the way that Kayleigh McEnany described it, 'well, the U.S. government receives reports, thousands of reports a day,' as if this was a tip that came in from outside the government when this was an assessment report developed by this government," he explained. "It's not just something randomly that showed up on the stoop one day. So having pointed both of those things out, all I'll say is that is that we have a source who said that this was briefed at the highest levels of the White House, and we have a second source who says it was in the written Presidential Daily Brief document."