Lara Trump defends the president after worries about his health: The ramp 'had no steps’ 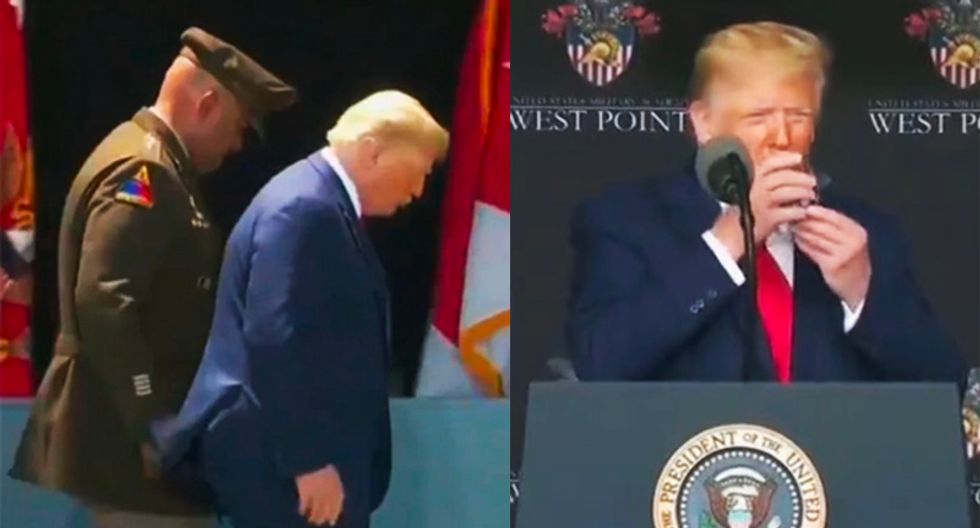 There was widespread speculation over the weekend about President Donald Trump's health after he appeared to have difficulty walking and drinking from a glass of water.

The two incidents have been jokingly referred to as Watergait, which trended nationwide on Twitter on Sunday.

But Lara Trump, the president's daughter-in-law who is working on his 2020 re-election campaign, defended Trump during a Monday appearance on Fox News.

"This was a ramp that, you know, had no steps, no handrails. The President had on leather shoes. Of course he’s going to take his time," she said.

She also denied that anything about Trump's health was being hidden from the American people.

In 2016, Joe Biden did not have difficulty with the ramp, even though it had no steps.

Since everyone seems to be discussing the ramp to the speaker’s platform at West Point, here’s Vice President Biden… https://t.co/ATTrtrU8aQ
— Bill Kristol (@Bill Kristol) 1592159397.0