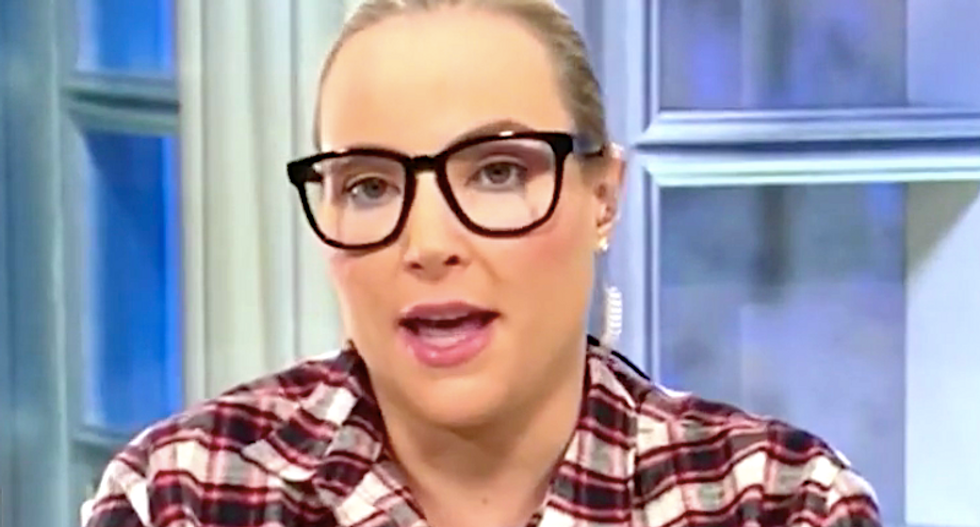 Meghan McCain got hilariously fact-checked by a neighbor after calling her Manhattan neighborhood a "war zone," but it turns out she's not even in New York City.

The co-host of "The View" has reportedly gone to Virginia because, sources told Page 6, she wants guns during the coronavirus pandemic.

“She isn’t even in the city!" a source told the outlet. "She’s in Virginia at a family home because she wanted to be in a place she could keep guns.”

But McCain herself later confirmed she had left New York at some point during the COVID-19 pandemic, which has killed nearly 17,000 people in the city.

“I am six months pregnant — a gossip organization is about to run a story of where me and my family are currently," McCain tweeted after Page 6 reached out for comment. "I sent a tweet yesterday based on the news I saw happening in midtown we all have been watching all over different media platforms."

She then offered her support for the protests that have sprung up across the country after the police killings of George Floyd in Minneapolis, where four officers have been arrested and charged, and Breonna Taylor in Louisville, where three officers involved in the EMT's killing remain employed and have not been charged.

"I support the peaceful protests, their movement but am absolutely heartbroken about the destruction in the city I have loved since I moved to when I was 18," McCain tweeted. "It is important to have your voice heard and I hope everyone stays safe and healthy."

McCain had lamented earlier this week that violence associated with the protests had "eviscerated" her neighborhood, but neighbor Kristen Bartlett, chief writer for TBS' "Full Frontal," corrected her assessment -- which turns out to have come from afar.

"Meghan, we live in the same building, and I just walked outside," Bartlett tweeted. "It’s fine."