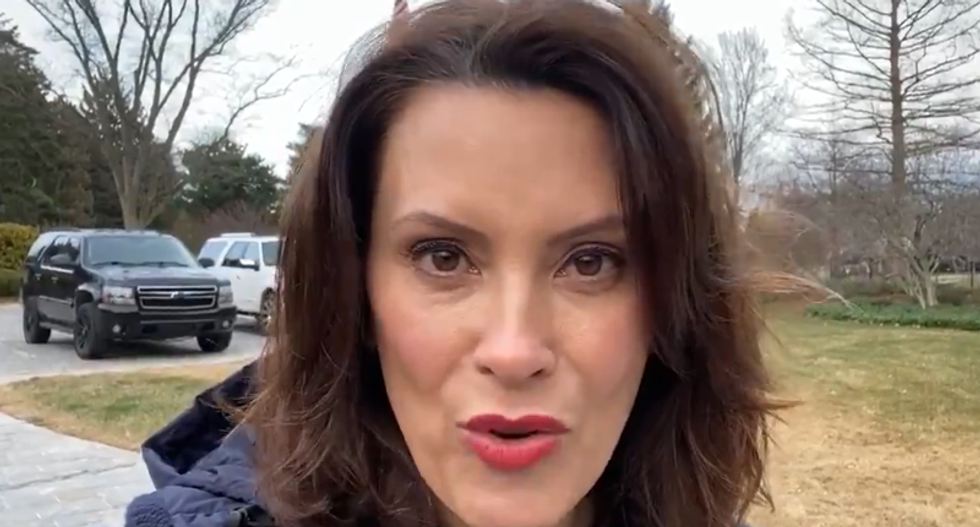 Michigan Gov. Gretchen Whitmer blasted President Donald Trump for his dressing down of U.S. governors, he called "weak," for refusing to call in the National Guard to stop protesters.

"I joined a call with my fellow governors and the current president that was deeply disturbing. Instead of offering support or leadership to bring down the temperature at protests, the president repeatedly and viciously attacked governors, who are doing everything they can to keep the peace while fighting a once-in-a-generation global pandemic," said Whitmer.

She then took to Twitter, sharing an essay by former President Barack Obama and calling for "empathy, humanity, and unity."

"We must remember our enemy is racial injustice, not one another. It’s time for all of us to pull together and do the hard work of building a nation that works for everyone," she also said.