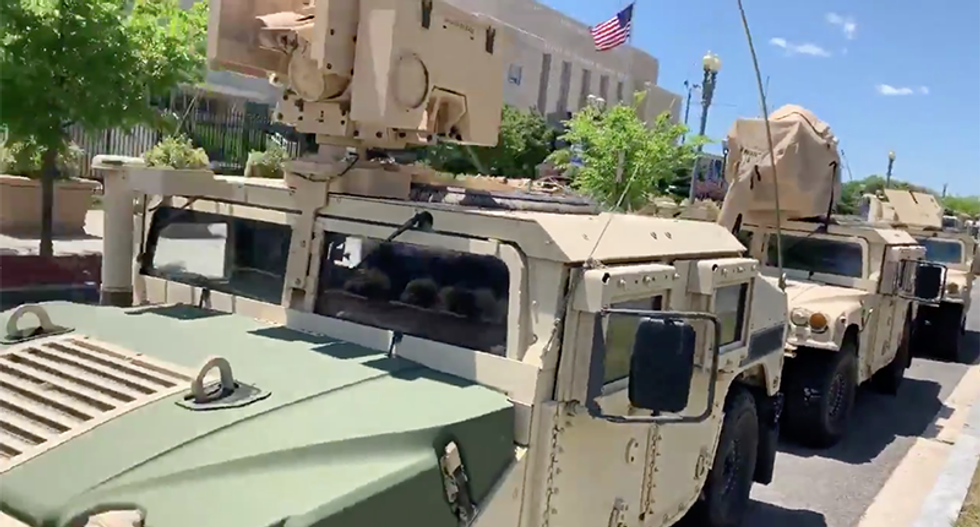 President Donald Trump threatened that Monday night things would be different than past nights of protests.

“We’re doing it in Washington, DC. We’re going to do something that people haven’t seen before,” Trump vowed during a call with governors and mayors.

That appeared to be the militarization of police in the nation's capital.

As the workday came to a close, the military vehicles began rolling through the streets of Washington, D.C to guard Trump at the White House. Trump reportedly was rushed to the bunker when a few hundred protesters surrounded the White House on Friday.

You can see details and videos of the military vehicles rolling into DC below:

The military is rolling down the street in DC. The military vs The American people. The tax payers need them to go… https://t.co/lO49y2pjVw
— AfroCentric (@AfroCentric)1591047047.0