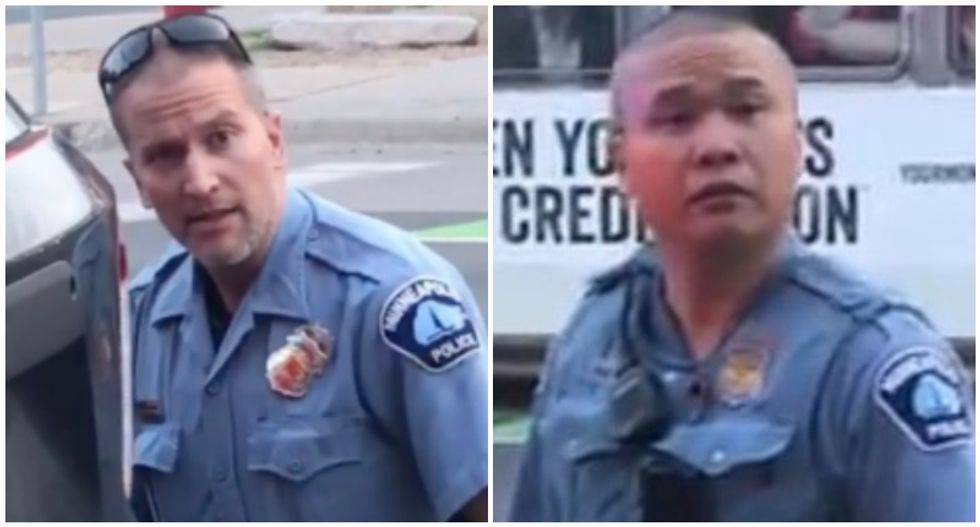 Minnesota's attorney general will elevate murder charges against the former Minneapolis police officer who kneeled on George Floyd's neck until he died, and will charge the other three officers involved in the in-custody death.

Chauvin was arrested Friday and charged with third-degree murder and manslaughter.

Thao was recorded watching Chauvin press his knee into Floyd's neck for nearly nine minutes as the Black man begged for his life.

Kueng was one of the first officers to arrive at the scene and helped pin down Floyd, and Lane pointed a gun at Floyd before he was handcuffed.