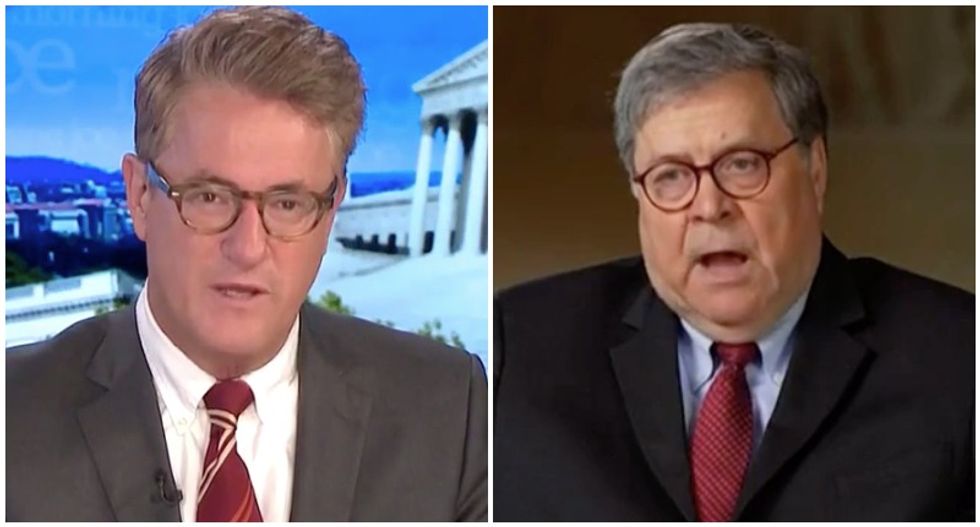 The attorney general insisted U.S. Park Police and the National Guard had acted appropriately, but the "Morning Joe" host called out his false claims to justify their actions.

"That's Attorney General William Barr once again defending the forceful removal of peaceful protesters outside the White House so the president could have a photo op holding up a Bible," Scarborough said. "Barr repeatedly asserted the actions by the police were appropriate. I thought it was interesting, he said they were forceful when met with resistance. You can ask the cameraman from Australia who was sitting down and recording things who got bashed in the head."

Barr also insisted that pepper spray was not a chemical irritant, but Scarborough demonstrated he was lying.

"A 2009 Justice Department inspector's description of pepper spray and pepper balls does, in fact, label them chemical agents," Scarborough said, "and the manufacturer of pepper balls advertises its product as the most effective chemical irritant. That's from the people who actually make it."