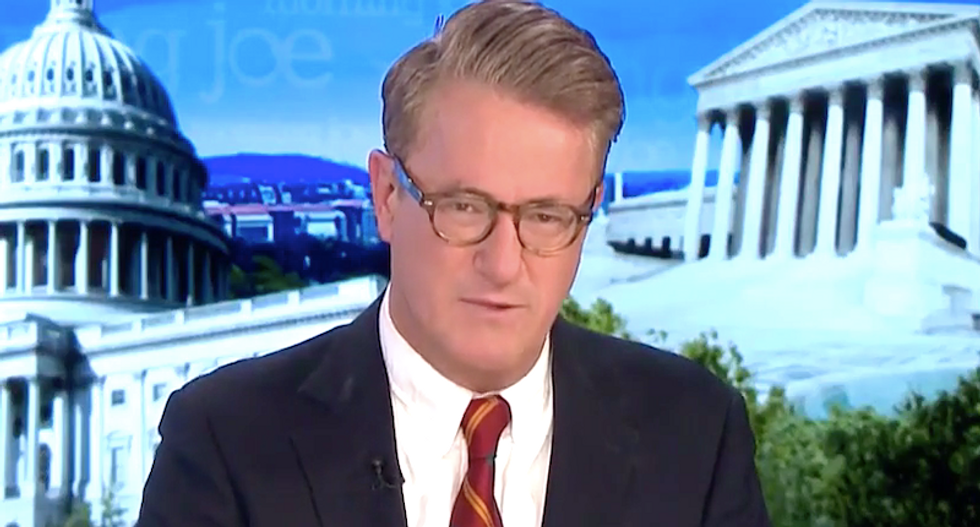 A new poll shows 66 percent of Americans disapprove of the president's handling of this latest crisis, compared to 23-percent approval, and the "Morning Joe" host said Trump was only making things worse for himself.

"This week has been an absolute disaster," Scarborough said. "There are other ways to approach these protesters instead of confrontation. I know this is obvious, but any White House aide that believes that only having 32 percent of Americans support your approach to one of the great crises of our time need to leave the White House. The president is not being served well there."

"The president's numbers in this ABC News poll are extraordinarily low when it comes to the pandemic," he said. "There's no getting around the fact that those are two of the biggest crises this country has faced since, take your pick, 1968 or World War II, and Americans are opposed to both of those crises."

"The president complained bitterly to aides about the media coverage that he has received, for the way Lafayette Park was cleared, the way he held that Bible in front of the church," Lemire said. "In terms of an overall narrative, this is still something they want, and they feel it is a contrast they can win with some of the Democratic mayors and governors who are seeing these protests happen in their streets."

"It also goes to show, as a final point," he added, "it's a president without much of a playbook right now. They're flailing and grasping to try to change the subject here from this week and how the president, in his mind, he fears that he looks afraid, cowardly, behind a heavily fortified White House, and not being able to engage these protesters in any meaningful way."