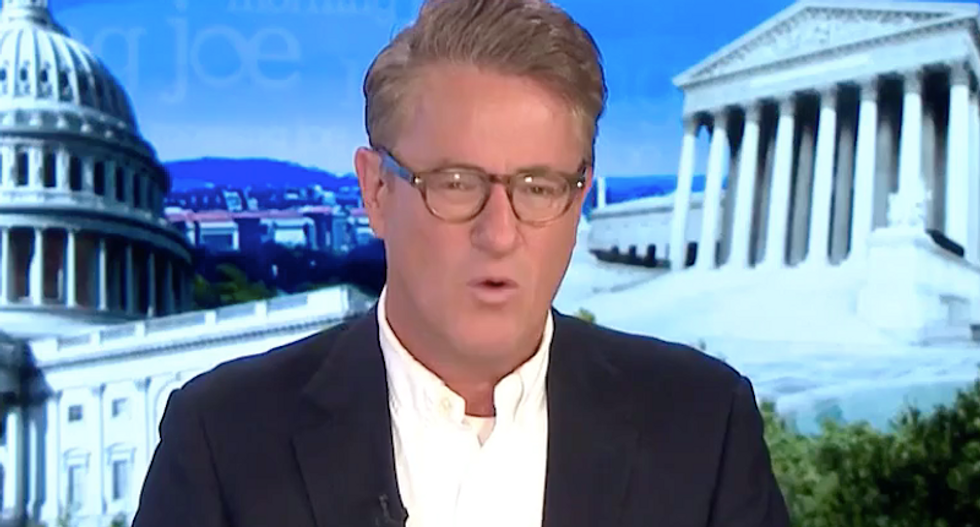 The "Morning Joe" host said the GOP had suffered losses in every election cycle since Trump won, and he said the president was a threat to his own party.

"All Republican incumbents who are endangered politicians," Scarborough said. "What bargain did they make that is worth following this man over the cliff? Who, right now, in early June, is on his way to losing in a landslide of his own?"

"These polls that we're going to show you in a minute are just a snapshot of where we are at the beginning of June," he added. "Things can change, but if they do change, it will be the first time in almost four years that elections have broken Donald Trump's way."

Trump has been a historically unpopular president, and Scarborough said that has been a weight on the GOP's fortunes.

"Now, of course, we have unrest in the streets," Scarborough added. "The president, once again, trying to divide instead of unite Americans, according to his former secretary of defense, Gen. [James] Mattis. He has his current secretary of defense saying he opposes the president's attempts to militarize the streets of America, and to look at American civilians, American citizens, as opponents in a, quote, battle zone. Yeah, that's not somebody you want to follow over the cliff politically."