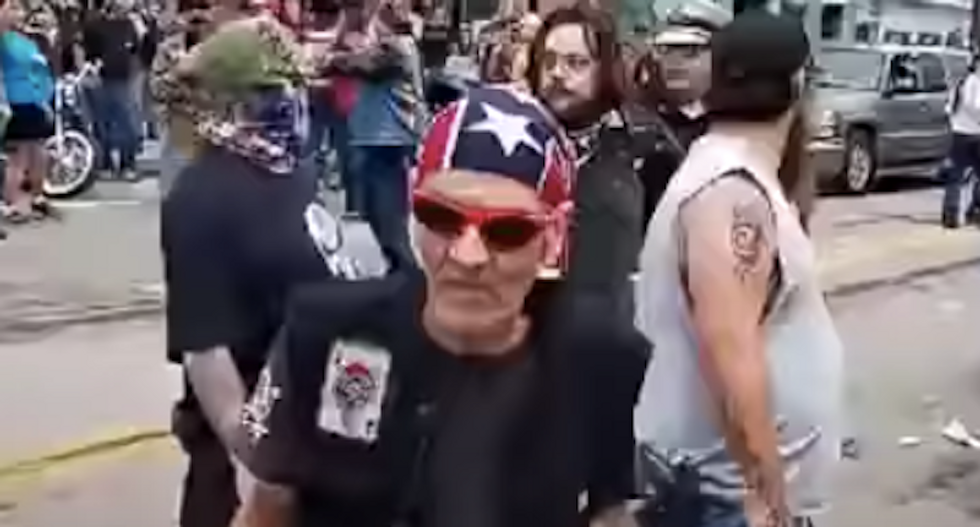 Ohio police have issued an arrest warrant for a counter-protester who sucker-punched a Black Lives Matter demonstrator in front of officers.

The suspect, identified as Johnnie Devault, punched a protester identified as Nicholas Reardon during a Sunday afternoon clash in Bethel between civil rights demonstrators, bikers, and armed whites, reported WLWT-TV.

The attack was caught on video and spread widely on social media, where many viewers asked why former Bethel police chief and current Sgt. Mark Planck, who was standing nearby, had not taken the assailant into custody right away.

“The offense took place in the presence of a police officer, but was not witnessed by the officer,” the department's press release claims. “The victim stated to the officer that he had been struck. He was then removed from the area to file a report and to seek medical treatment.”

Reardon himself told officers he'd been struck in the head before screaming counter-protesters told him to "go back to Cincinnati," which is about 30 miles west of the Clermont County village.

Police said Reardon did not want to press charges at the time because he did not see the assailant and refused medical treatment.

Witnesses initially identified Devault by his biker name before others confirmed his legal name.

The 64-year-old Devault's last listed address was in nearby Neville.

Police said they've attempted several times to contact Devault have been unsuccessful so far, and he remains at large.