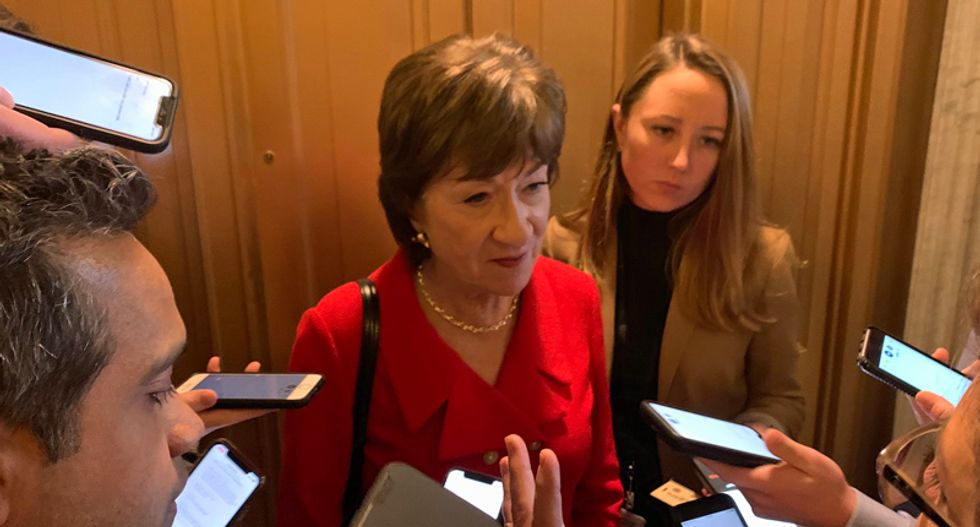 Sen. Susan Collins (R-ME) is up for reelection in one of the toughest campaigns of her political career as her bad votes supporting President Donald Trump aren't being supported by her voters.

CNN's Manu Raju asked Collins if anything John Bolton has said changed her opinion about Trump's impeachment. A Senate aide rushed to rescue the endangered official, saying she had to catch a plane and couldn't respond to CNN's question.

Tried to ask Susan Collins if anything John Bolton has said changed her view on impeachment (she voted to acquit Tr… https://t.co/Cqvjjx9duG
— Manu Raju (@Manu Raju)1593109692.0

Collins voted that Bolton should testify to the Senate as part of the proceeding, but the rest of the Senate refused to hear him.

Speaking to ABC News in an interview that aired Sunday, Bolton said that nothing he has written about would have changed the Republican's blocking Trump's removal from office.

“You could have been that person providing that testimony,” said ABC's Martha Raddatz.

“And it would not have made any difference,” said Bolton.

“Because minds were made up on Capitol Hill,” said Bolton.

It's unknown how many other Republicans would have followed Collins if she had been brave enough to vote to convict.