The View’s Meghan McCain places herself at the center of GOP racism debate: ‘I for one am exhausted’ 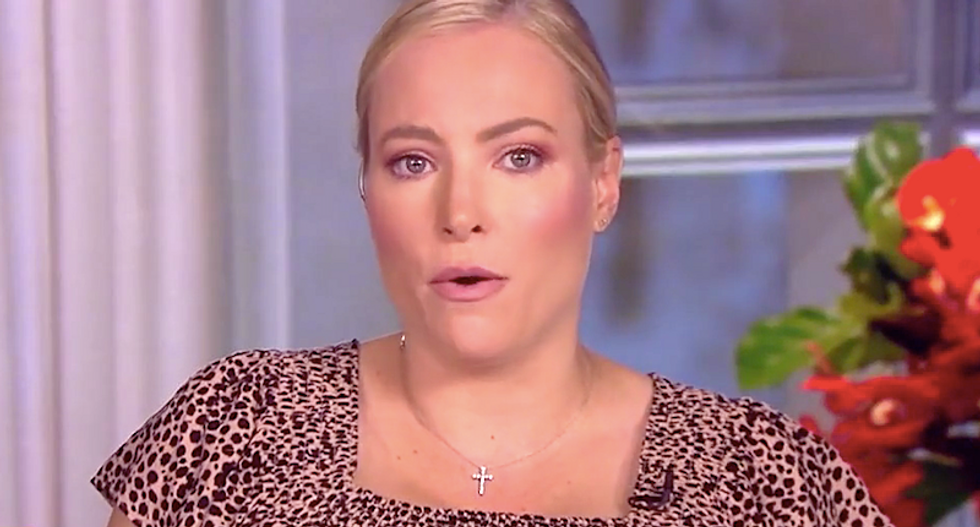 "The View" co-host Meghan McCain said she's personally "exhausted" with the partisan divide over racial justice, and begged Democrats to stop "crapping all over Republicans."

The panelists discussed the police reforms advanced by President Donald Trump, and recommended by the GOP's only Black senator Tim Scott (R-SC), and urged Americans to rally around the bill despite conceding the administration had rolled back some of the same reforms implemented by the Obama administration.

"There's a few things to hit here," she began. "The first one is, when people say Tim Scott is the only Black senator on the Republican side, well, the Democrats only have two. You have Kamala Harris and Cory Booker. Let's stop pretending there's great bipartisan representation. It's not singularly a Republican one."

"I think it's a good, noble start, this bill," McCain said. "I'm glad to see this swift sea change on bipartisan support of police reform. I'm really disheartened that we can't even come together to try and make changes, and I think some of the criticism you gave, Sunny [Hostin], is valid, but how about we all continue to try to improve instead of just crapping all over Republicans for saying we're doing nothing or it's not good enough? This is a great, noble attempt by a senator on the Republican side, and I would like to see us put our differences aside."

McCain said the political arguments over racism were exhausting.

"I know I'm exhausted and the country is exhausted, to try to enact reform right now, and this is the best opportunity, as George Floyd's lawyer said yesterday on the show," she said. "This is the best time in history to do it, and I think we should all just come together, and please stop making this so partisan, because I, for one, am truly exhausted with it."

"I hear what you are saying, and I think it's 100 percent valid criticism," McCain said. "I think my frustration is when I come into the show and I see a [topic] tease saying, are Republicans doing enough right now?" McCain said. "After one of the most famous Republican senators is presenting a bill right now? I think we are trying, my party is trying, and my show is teasing at the beginning, Republicans aren't doing anything."

"Yes, all this criticism, Whoopi, you and Sunny, 100 percent valid," she added. "The chokehold thing is a big deal, I don't understand why that's not in it, either. Let's continue the conversation, that's why bills have amendments on the floor, and this is a bipartisan process. Please stop knocking Republicans this morning for some people not trying. This is an intense awakening for Republicans the past few weeks, and I don't appreciate that tease coming into the show."