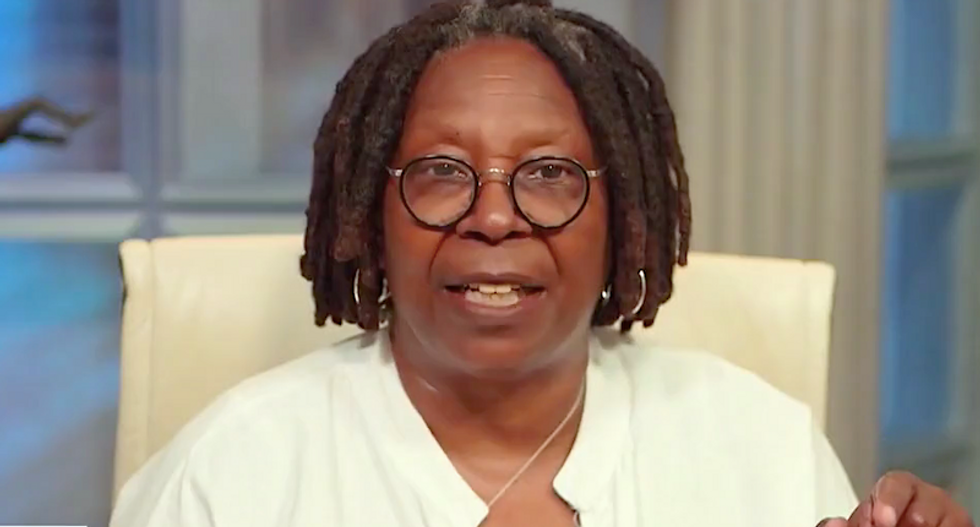 The panelists discussed lurid public comments by Florida residents against a mask mandate in Palm Beach County, and none of them could understand why a vocal minority of Americans were so opposed to basic health safety.

McCain wondered how those people had been brought up, and Goldberg said they should face consequences for putting themselves and others at risk.

"Here's the deal," Goldberg said. "You don't want to wear a mask? We just need to have your name and phone number so that when you get sick and you go rushing to the hospital for help, you know, people can actually say, 'Oh, you're the one who said don't wear a mask, and here you are -- you're ill.'"

"See, I want to rub it in your face," Goldberg added, "I want to rub it in your face because that means that you, because of your insanity, have taken time away from a doctor who could be working on someone who did do the right thing who got it anyway, see? But I'm a bad person because I'm saying, you know what? You don't want to do it, fine, but don't come looking for help when you need it, because you will need it."

When Catholic bishops in the US voted last week to go forward with a measure that could limit the right of some politicians to receive the Eucharist, or Communion, the move highlighted both the continuing politicisation of religion in America and a widening divide within the Catholic Church at large.

Defying the Vatican, the United States Conference of Catholic Bishops (USCCB) voted overwhelmingly last Friday to draft a formal statement on "the meaning of the Eucharist in the life of the Church", a measure widely seen as aimed at denying Communion to President Joe Biden because of his support of abortion rights.

Centrist Democratic Sen. Joe Manchin, a frequent target of progressives in his party, recently offered Republicans in the U.S. Senate a compromise when he proposed a less comprehensive —some Democrats would say watered down — version of the For the People Act. But on June 22, House Republicans, using the filibuster, wouldn't even debate Manchin's proposal. In light of this development, the Los Angeles Times' editorial board argues in a June 22 editorial, the only way to protect voting rights in the United States is to abolish the filibuster.

"As expected, debate on a bill to protect voting rights was blocked in the U.S. Senate on Tuesday when the Democratic sponsors failed to garner 60 votes," the Times' editorial board notes. "But in reaching out to centrist Sen. Joe Manchin III (D-W.Va.), Senate Democrats indicated that they were open to compromise. The shameful reaction of Senate Republicans, on the other hand, demonstrated that they are willing to ignore laws approved by GOP-controlled legislatures that make voting harder."