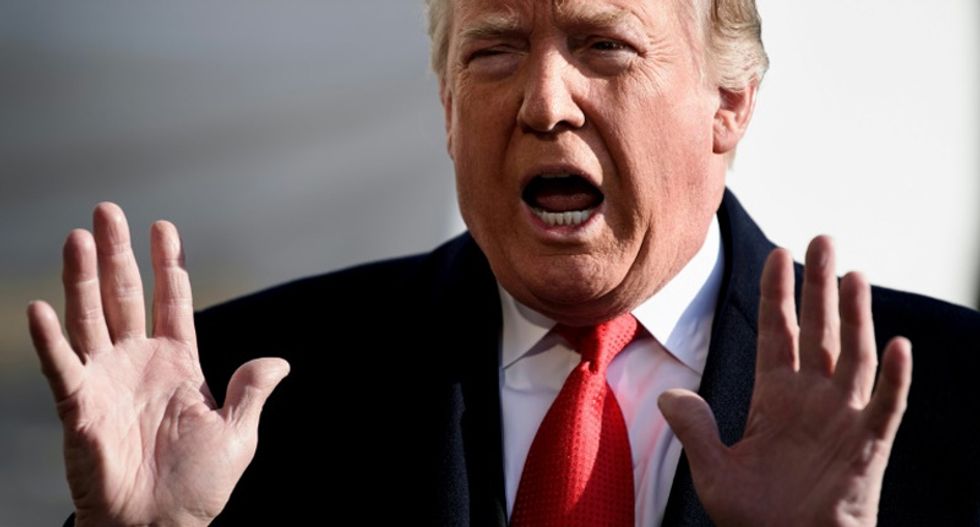 According to a report from the Daily Beast's Asawin Suebsaeng, Donald Trump's re-election campaign is faltering because the president has no greater vision other than him hanging onto his job and his inability to stay on message instead of indulging in his penchant for feuding with his perceived enemies.

"Two of those sources said that one of the president’s real motivations for running is to simply avoid embarrassment. He doesn’t want to be humiliated by the title of 'one-term president,'" Suebsaeng wrote.

According to a former senior Trump administration official, "The president has told me [on multiple occasions] that he is determined to not be a one-termer, and says that history forever remembers them as ‘losers.' A lot of it is about legacy for him and how he will be remembered. And if he loses, I don’t think he’ll take a defeat [at the hands of] Biden, of all possible people, lightly.”

With that in mind, Trump campaign officials are scratching their heads over how to sell Trump when the biggest problem with his campaign is the president simply being himself.

"Not every Republican working to re-elect the president believes that he has made a coherent or winning sales pitch to voters, or even believes he’s defined himself properly as a candidate," the report states before noting, "Still, others in the Trump orbit freely admit that the true obstacle right now to his re-election isn’t the news media, or pollsters, or even the Democrats. It’s Donald J. Trump."

With Trump campaign spokeswoman Samantha Zager claiming, "Before the booming economy was artificially interrupted by an unprecedented pandemic, President Trump’s pro-growth policies, tax cuts, and deregulation delivered record economic success—and he’ll do it again," the report notes that pushing those talking points will only work if the predictable president can be reined in.

"Various Trump advisers have long said that if the president hones his message, and quits running off on bizarre and damaging tangents, he’d have a good shot at victory," Suebsaeng wrote, adding, "However, several of them privately concede that this president’s apparent inability to stop being consumed by wild personal grievances and petty feuding has continued to hobble his chances."