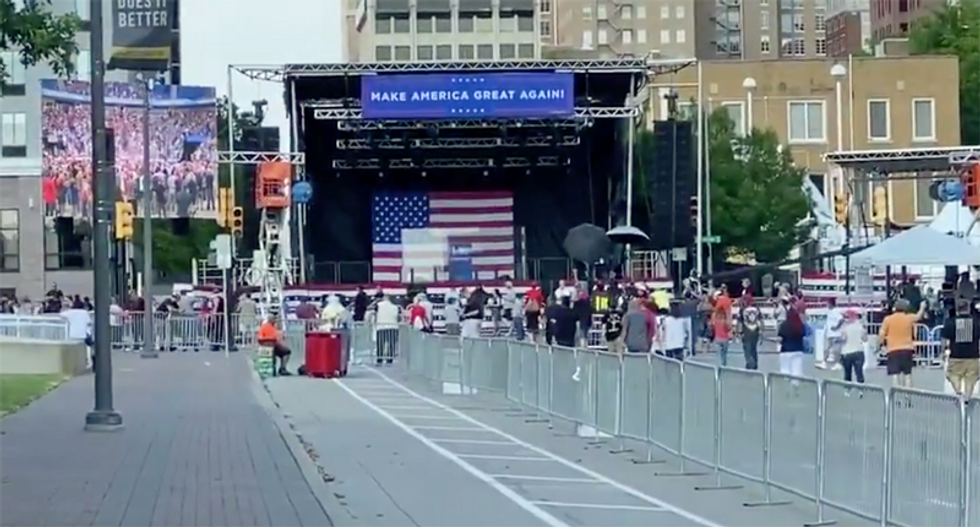 President Donald Trump's aides were shocked by the tiny attendance at his big comeback campaign rally in Tulsa, Oklahoma on Saturday, and a new report claims that they never even imagined that they couldn't fill a 19,000-person arena.

Politico reports that Trump aides knew that many of the people who signed up to attend the rally were trolls who had no intention of ever showing up.

Nonetheless, they believed that the rally would still attract a substantially larger crowd than it did.

"After sorting through the sign-ups — a process that included looking at registrants' voting histories — they determined that about 300,000 were fake," Politico reports. "To winnow down the likely audience further, advisers estimated that only between 200,000 and 300,000 people lived within immediate driving distance. Worst-case scenario, they concluded, was an audience of about 60,000."

As it turns out, just over 6,000 Trump supporters showed up for the rally -- or around 10 percent as large as the total the campaign thought was its "worst-case scenario."

"Hours before the rally was to get underway, it became clear to the president’s lieutenants that a debacle was underway and that there would be a patchwork of empty seats," Politico's sources say.