Trump 'crossed the line' with the military this week -- leading retired officers to revolt: former general 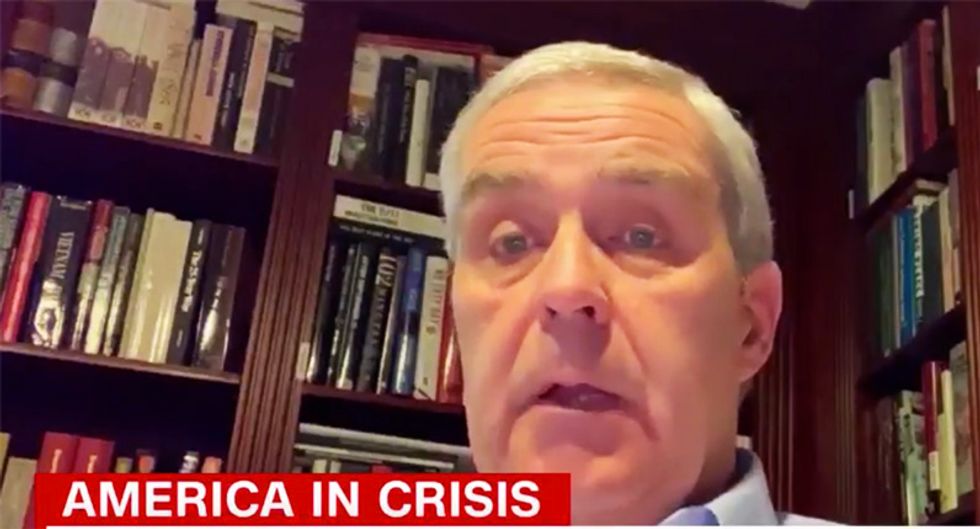 Speaking with the host, Lute -- who also served as U.S. ambassador to NATO -- said tension between the president and military officials has gradually increased over the past three and a half years, but that the past week's incidents led to a "tipping point."

After host Berman read off a list of high profile ex-military officials who have either criticized Trump or defended their former colleagues from attacks from the president, Lute was asked what had changed.

"I think the attention is clearly on the protests centered in and around the White House and, in particular, the president's walk across Lafayette Park, essentially with his national security team in tow," he explained. "That rightly gained a lot of attention this week and I think the basic point is that there's been a steady incremental change over the last 3 1/2 years as to how the president relates to the military. It has only burst on to the public scene most prominently this week. This has been a process underway for at least 3 1/2 years under President Trump."

"You have the president talking to the governors and recommending they crackdown violently and strongly against these largely peaceful protests, which the president refers to as being sponsored by terrorists when in fact they're sponsored by concerned and outraged American citizens," he continued. "You have the secretary of defense using inappropriate terms that the U.S. military could be used to dominate the 'battle space.' Well, that's -- those terms don't apply to the U.S. military and the American citizens."

"All of this led to the walk across Lafayette Park which had been violently cleared of peaceful protesters so the president could have a photo-op," he added. "So the combination of these vignettes makes this decidedly different and in my view crosses the line in terms of appropriate presidential leadership clearly, but also appropriate relationship between the president and the military."